Liverpool stumble at Hull as title bid appears near collapse 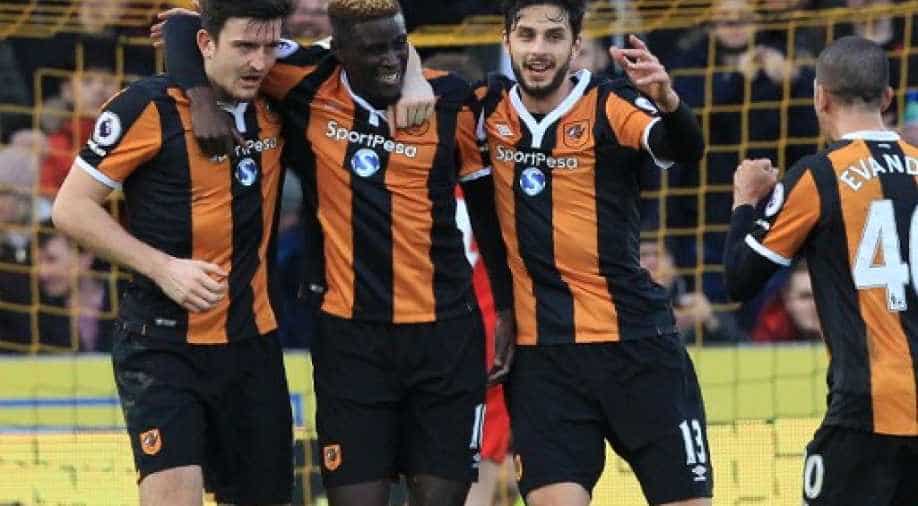 Hull's resurgence under new manager Marco Silva continued as goals from Alfred N'Diaye and Oumar Niasse secured a 2-0 victory which leaves Liverpool still waiting for their first league win of 2017.

Whatever the future holds for N'Diaye on Humberside, he is unlikely to have many easier goalscoring opportunities than the one goalkeeper Simon Mignolet gifted him in the 44th minute at the KCOM Stadium on Saturday.

Mignolet dropped Harry Maguire's header from Kamil Grosicki's right-wing corner, and although he was pressured by Abel Hernandez, it should have been a routine save.

Instead, the ball fell at the feet of N'Diaye who added to the growing concerns facing Reds boss Jurgen Klopp as he still awaits his first league victory of the calendar year.

There was nothing the goalkeeper could do with the second goal, on 84 minutes, however as Andrea Ranocchia eased a spell of pressure by punting the ball forward and substitute Niasse shrugged of Joel Matip before finishing from a dozen or so yards.

Fourth placed Liverpool have won only once in their last 10 games in all competitions, while Hull move up to 18th place in their battle to avoid relegation.

Hull had actually faced problems even before kick-off, when defender Michael Dawson was injured warming-up and Italian Ranocchia stepped up from the bench to make his first start.

But Liverpool, boasting a talented forward line that featured Sadio Mane for the first time since the start of last month, toiled to test home goalkeeper Eldin Jakupovic.

On one of the rare occasions they were able to do so, from a 22nd minute cross from Roberto Firmino, the Swiss international fumbled his attempted clearance, presenting Philippe Coutinho with the best chance of the game so far.

However, the Brazilian struck a downwards shot which bounced high, enabling Jakupovic to turn it around for a corner.

Matip summed up Liverpool frustrations when he rose unmarked to meet a Coutinho corner but failed to find the target with his 15-yard header and the visitors were soon trailing at the interval.

Liverpool's players were sent out before the start of the second half a good two minutes before their opponents and their early play looked more lively as won a series of corners.

One of those, from James Milner on the left, was snatched at by Mane at the far post, with Matip also trying to make contact before Hull cleared.

Milner spied the Hull goal a few minutes later, after a right-wing attack had broken down, but succeeded only in lofting a tame shot towards the top corner for Jakupovic to catch.

The Hull keeper faced a far stiffer test just before the hour when Coutinho's far-post cross was met by Mane, out jumping Andy Robertson for an excellent header which Jakupovic did well to tip over.

Lucas and Matip had shots blocked in the same attack, from yet another corner, but there were warning signs at the other end that Liverpool's defence would be susceptible to the counter.

First, Tom Huddlestone neatly played through Hernandez although the forward could do little more than flick an attempt into the side-netting under pressure.

Hernandez was guilty of a more glaring miss moments later, allowing Mignolet to block at his feet, after a superb pass from Grosicki.

Coutinho produced an equally bad miss, flashing a shot wide with the goal beckoning, after Milner's effort had been cleared off the line by Maguire.