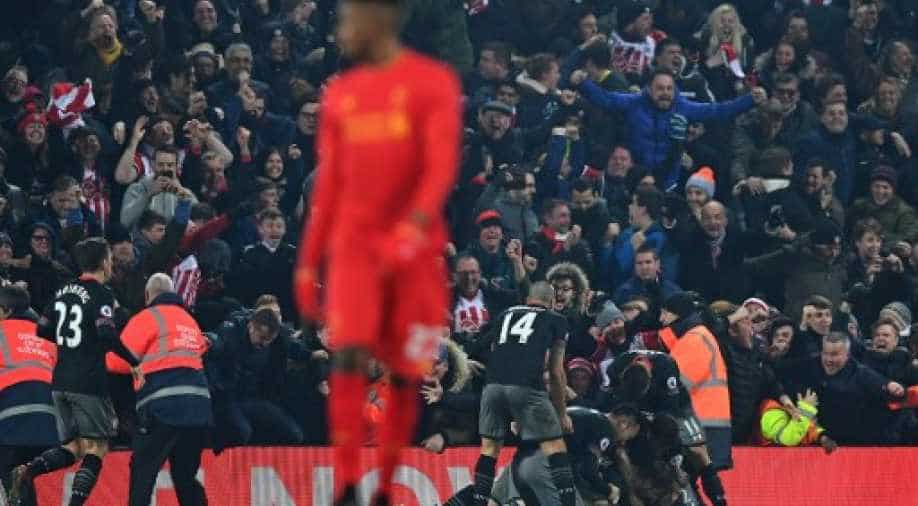 Southampton reached the League Cup final for the first time since 1979 after a 1-0 victory against Liverpool in the semi-final second leg on Wednesday.

Claude Puel's team secured a 2-0 aggregate triumph thanks to a clinical finish from Shane Long in second-half stoppage-time at Anfield.

Southampton, who lost their only previous League Cup final against Nottingham Forest, will face Manchester United or Hull in this year's showpiece at Wembley on February 26.

United lead 2-0 from the first leg heading into the return at Hull on Thursday.