I am ready for anything, says Spain's Juanfran 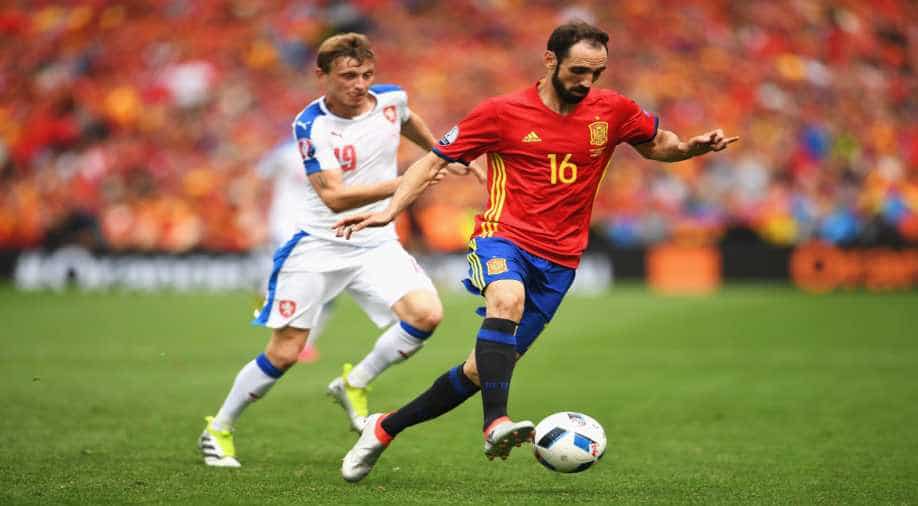 Juanfran started in Spain's 1-0 victory over the Czech Republic in Group D on Monday and is expected to be in the line-up again when the champions take on Turkey on Friday Photograph:( Getty )

Follow Us
Spain's right back Juanfran says his costly penalty shootout miss in Atletico Madrid's Champions League final defeat to Real Madrid has made him a better player at Euro 2016.

Less than three weeks have passed since the veteran's spot kick hit the post and Cristiano Ronaldo converted the winning penalty for Real Madrid.

Juanfran started in Spain's 1-0 victory over the Czech Republic in Group D on Monday and is expected to be in the lineup again when the champions take on Turkey on Friday.

"I've always overcome difficult times," the 31-year-old told Marca. "I knew this would make me stronger, even from a personal standpoint. I'm better than I was and after that final, I'm ready for anything."

"I will never forget it but you learn to live with it. Each game represents a re-match and Monday's game was a new opportunity for me."

Juanfran says he has received nothing but support since the setback to Real and even the sales of his Atletico jersey have increased. He is convinced the national team has the potential to win a third straight title.

"We are our biggest opponents and it all depends on the hunger we have," he said. "If we want to reach the final and we are convinced of it and we give all that we have then, we will make it. We need work, show humility and the quality will do the rest."
(Reuters)