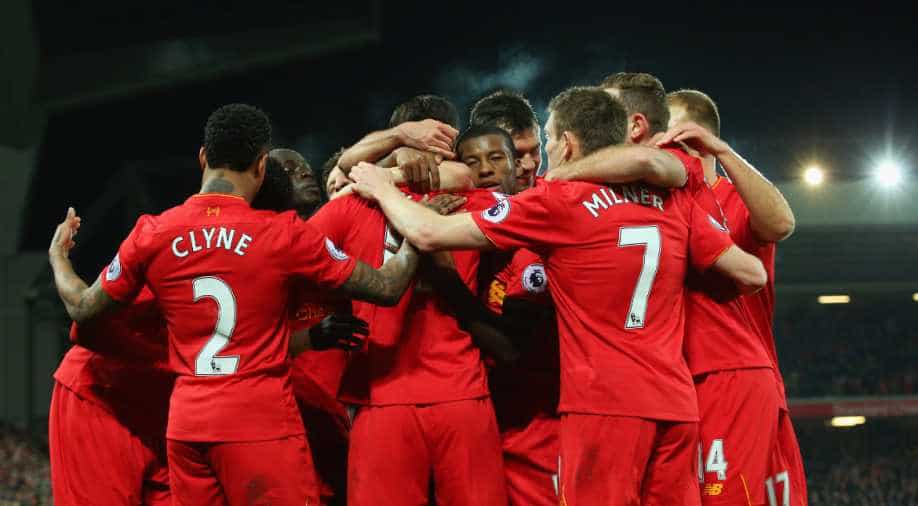 An inspired performance gave Liverpool a 4-1 home success over Stoke City after they fell behind early on in an entertaining clash at Anfield. Photograph:( Getty )

Liverpool celebrated their third Premier League victory in a row as an inspired performance gave them a 4-1 home success over Stoke City after they fell behind early on in an entertaining clash at Anfield on Tuesday.

Adam Lallana, Roberto Firmino, a Giannelli Imbula own goal and a strike from substitute Daniel Sturridge lifted Liverpool back into second place, six points behind leaders Chelsea, after Jonathan Walters headed the in front after 12 minutes.

The home side, who had dominated possession, equalised when the lively Lallana scored from a tight angle and Firmino turned the tide with a low shot that went in after hitting both posts.

A pair of defensive howlers by Stoke helped Liverpool seal the victory after the break as Imbula turned a Divock Origi cross into his own net before Sturridge pounced on a poor back pass by Ryan Shawcross and slotted the ball home.

Scrap season if it can't be finished by end of June says, Harry Kane