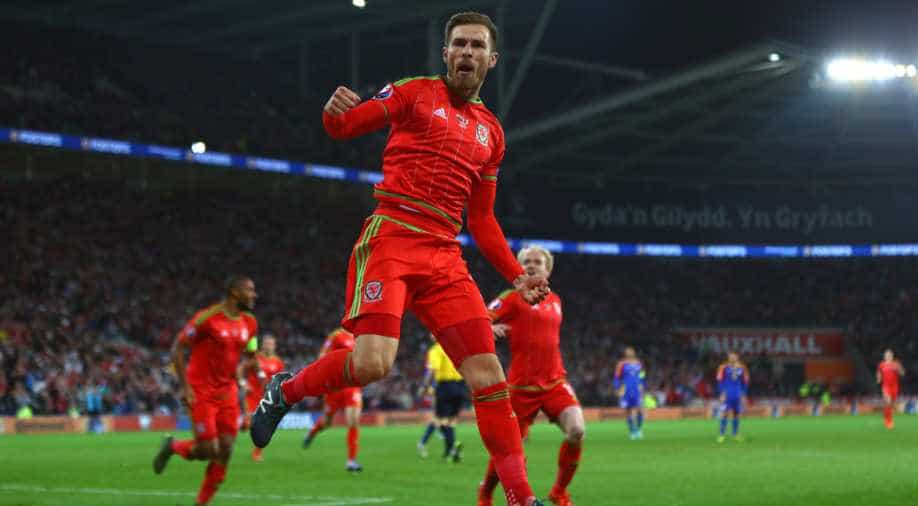 Wayne Hennessey, Joe Ledley and Hal Robson-Kanu will give Wales a full-strength start for their Euro 2016 clash with England. Photograph:( Getty )

Follow Us
Wayne Hennessey, Joe Ledley and Hal Robson-Kanu returned to give Wales a full-strength starting XI for their Euro 2016 clash with England, who were unchanged, in Lens today.

Goalkeeper Hennessey missed Wales's 2-1 win over Slovakia due to a back spasm, with Danny Ward deputising, while Ledley and Robson-Kanu came off the bench, the latter scoring an 81st-minute winner.

Ledley is playing for Wales at the tournament despite fracturing a fibula while playing for Crystal Palace on May 7.

England manager Roy Hodgson named the same team that started last Saturday's 1-1 draw with Russia in Marseille, so captain Wayne Rooney was once again aligned in a midfield three.

Harry Kane was named as a lone striker, with Raheem Sterling keeping his place on the left flank in a 4-3-3 formation despite a disappointing showing at Stade Velodrome.

It is the 102nd meeting between the neighbouring countries, but the first at a major tournament.

Wales will qualify for the last 16 if they win, but victory for England would give them top spot in Group B ahead of the final round of games.

Starting lineups in the Euro 2016 Group B match between England and Wales at Stade Bollaert-Delelis in Lens today.
(AFP)