Euro 2016: Hodgson happy to continue, but will not 'beg' to stay 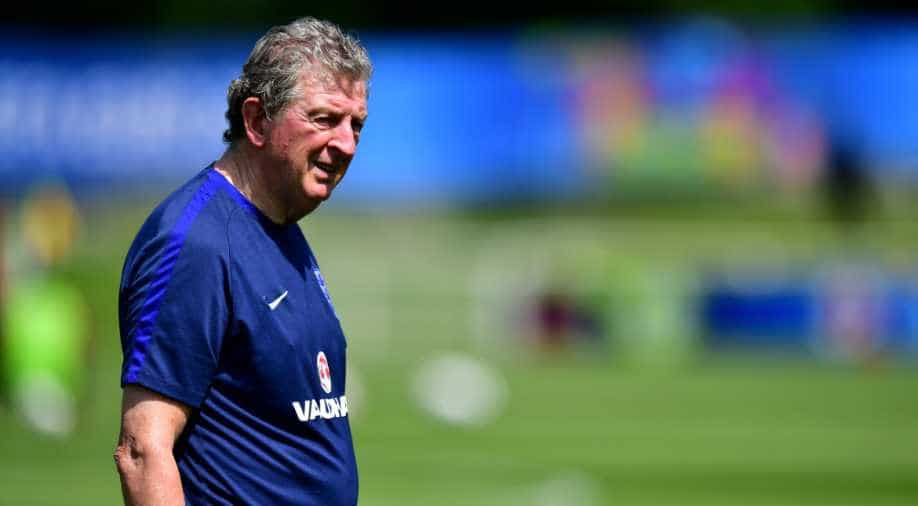 Follow Us
England manager Roy Hodgson has said he is prepared to remain in the job after Euro 2016 but will not be 'begging' for a new deal.

Hodgson's contract expires after the tournament in France and Football Association (FA) chairman Greg Dyke indicated last week that the 68-year-old may have to lead the team to the semi-finals to guarantee staying on.

"I'm not begging for the job. I am prepared to carry on," Hodgson told British media ahead of Monday's last-16 match against Iceland in Nice. "It is different to wanting it. I'm prepared to carry on if the FA want me to. If they don't want me to, then my contract will have run out and that is how it will be. I believe in the team I am working with and believe the team is showing such potential that it will go on to do good things and if the FA want me to continue with me looking after them, I will be happy to do so."

England reached the last 16 after finishing second to Wales, who have already reached the quarter-finals, in Group B.

They beat Wales 2-1 but draws against Russia and Slovakia left them in what turned out to be a much tougher half of the draw. They have scored three goals from their three games to date.

If they beat Iceland, their next opponents will be either hosts France or Ireland.

World champions Germany are also in that half of the draw, along with holders Spain and Italy.

Hodgson's decision to make six changes for the final group game against Slovakia, which ended goalless, drew some criticism although FA chief executive Martin Glenn denied that he and Dyke had any problems with Hodgson's decisions.

"He has our full support, he has been a great manager and I think we are going to do great things in this tournament," said Glenn.

Asked about the criticism of his tactics, Hodgson indicated that it came from the media rather than from within the England hierarchy.

"The FA will make the decision on what they want to do," he said. "One hopes they will do it on their thinking and their observations and judgement and analysis on what is happening with the national team and not because some journalist has written something contrary to that."