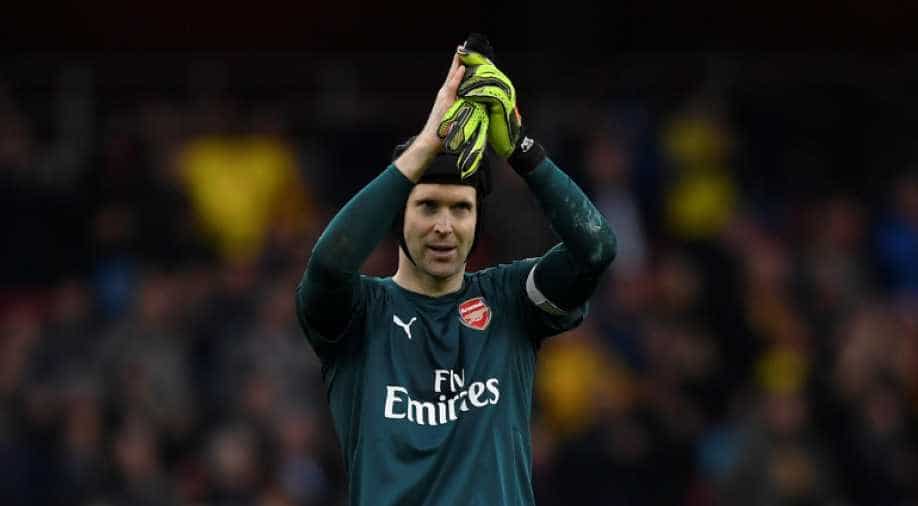 Arsenal eased their way past Watford 3-0 in the Premier League on Sunday, marking their first clean sheet in 12 league matches and settling nerves at the Emirates after a string of losses in 2018.

A first-half header from Shkodran Mustafi and second-half strikes from Pierre-Emerick Aubameyang and Henrikh Mkhitaryan sealed the win for the Gunners.

Watford won a penalty when Arsenal's Ainsley Maitland-Niles was deemed to have brought down Roberto Pereyra, but Petr Cech got his fingertips to Troy Deeney's spot kick, nudging the ball onto the post and back out to roars of approval from the home crowd.

The win leaves Arsenal 10 points off Champions League qualification in sixth place in the standings, while Watford stay in 10th.