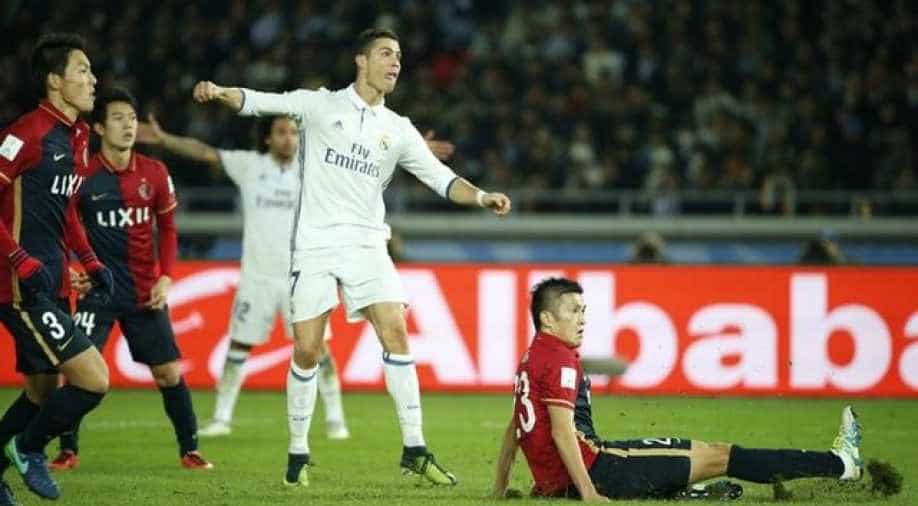 Real Madrid suffered an almighty fright before a Cristiano Ronaldo hat-trick hauled them back from 2-1 down and gave them a 4-2 win over rank outsiders Kashima Antlers in the Club World Cup final on Sunday.

Two goals from Gaku Shibasaki stunned the European champions as the Japanese hosts took a 2-1 lead early in the second half before a Ronaldo penalty brought Real level on the hour.

The 11-times European champions then survived several more scares and a possible sending-off for captain Sergio Ramos before Ronaldo scored twice more in the first period of extra-time.

Real, who won the tournament for the second time in three years, appeared set for an easy victory when Karim Benzema gave them a ninth-minute lead but Shibasaki changed the story by levelling one minute before halftime.