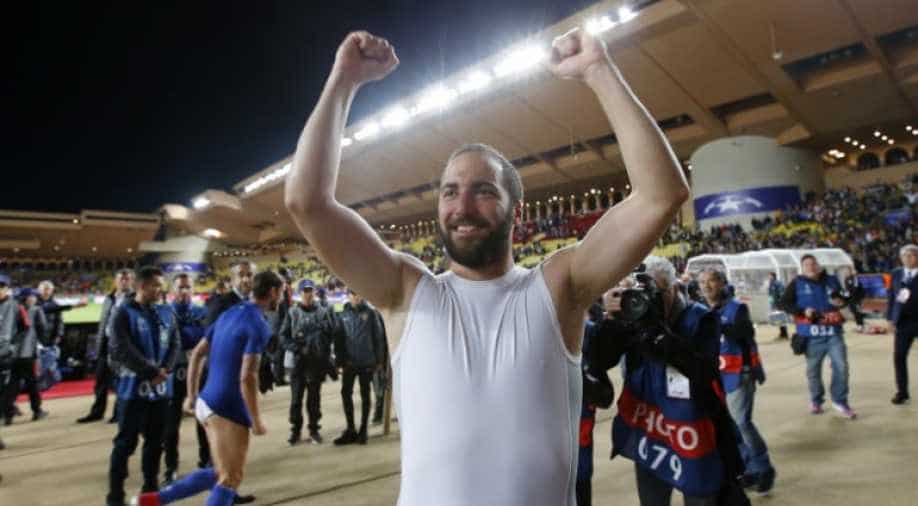 Juventus' Gonzalo Higuain celebrates after the match against Monaco on May 3. Photograph:( Reuters )

Juventus striker Gonzalo Higuain scored a goal in each half to give the Italian side a 2-0 win at Monaco in the first leg of their Champions League semi-final on Wednesday.

Right back Dani Alves raced into the box and back-heeled for Argentina striker Higuain to sweep home a clinical finish just before the half-hour mark.

The same two players combined again for the visitors' second goal on 59 minutes, Higuain tapping in from close range from an astute cross by the veteran Brazilian defender.

Monaco, featuring a bunch of gifted young players and who have scored plenty of goals this season, had their chances but kept bumping into the tightest defence in Europe's top club competition with just two goals conceded in this campaign.

Real Madrid crushed city rivals Atletico 3-0 thanks to a Cristiano Ronaldo hat-trick in the first leg of the other semi-final at the Bernabeu on Tuesday.