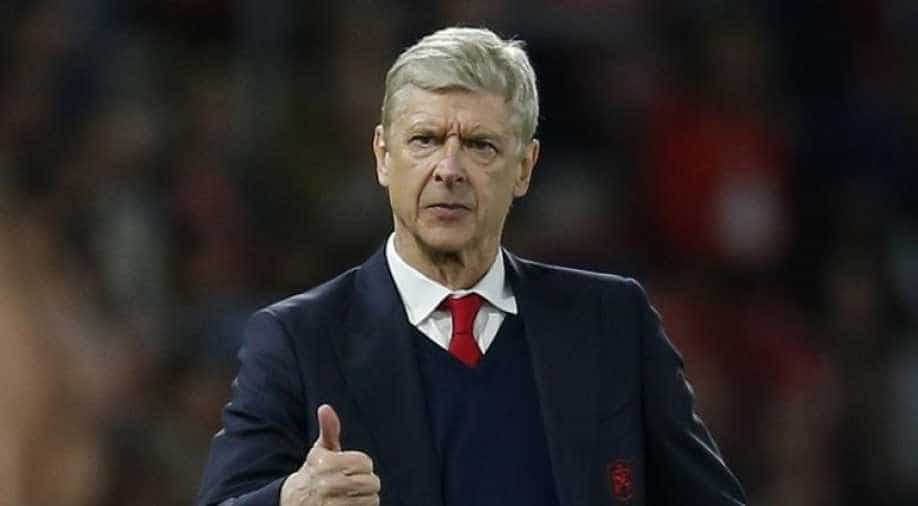 Arsenal manager Arsene Wenger said that his team must take it game by game. Photograph:( Reuters )

Arsenal's 2-0 win over Southampton lifted them up to 5th place, 3 points behind 4th-placed City||Arsenal travel to Stoke City on Saturday and could move 4 points clear of fellow top 4 contenders Manchester United

Arsenal must avoid complacency and carry the intensity they showed in Wednesday's win over Southampton into their three remaining games to achieve a top four finish in the Premier League, manager Arsene Wenger has said.

Arsenal's 2-0 win at Southampton lifted them up to fifth place, three points behind fourth-placed City. While their final league position is dependent on the results of their rivals, Wenger said that his team must take it game by game.

"I don't know more than you," Wenger told reporters after the game.

"But I believe that, for us, it's important to maintain the focus and intensity in every single game. We'll need another strong performance at Stoke. We came to a difficult ground today and we go to another on Saturday.

"We know we can only win our games... So let's just continue."

Midfielder Alex Oxlade-Chamberlain had picked up a hamstring injury but Wenger said that the injury was not serious.

"It's difficult to assess now after the game," Wenger said. "He is walking properly. It was tight, but it was not a knife."

"I didn't see any incident where he had to stop in a sprint. It was more fatigue.

"It's a hamstring problem, but we don't know how bad it is."