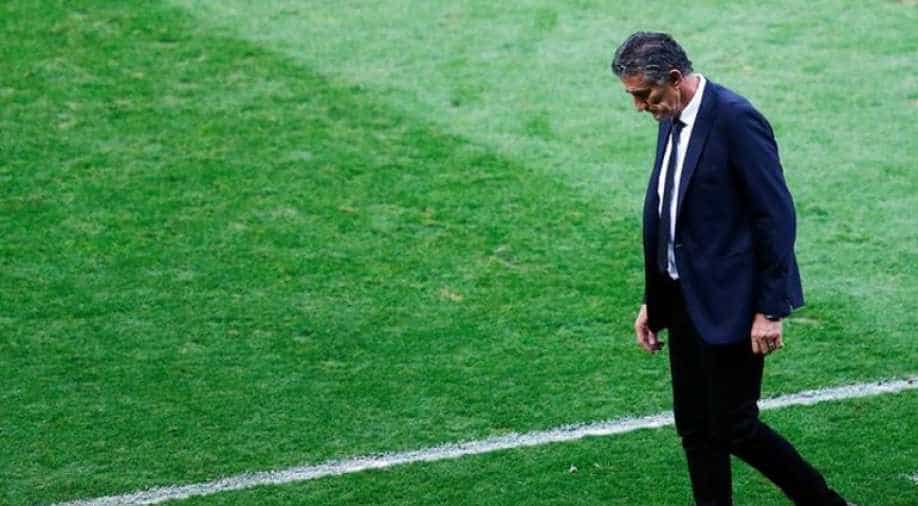 Argentine coach Edgardo Bauza was unbowed after a 3-0 World Cup qualifying loss to Brazil and a fourth game without a win on Thursday but promised his misfiring team still have qualification for the 2018 finals in Russia in their own hands.

"We still have a lot to do before the qualifiers end," he said after Brazil's easy victory in Belo Horizonte. "We know that classification still depends on what we do.

"The game against Colombia will be different," he said of their match against the third-placed side next week.

Argentina are sixth in the 10-team South American group on 16 points after 11 games, with only the top four automatically qualifying for Russia while the fifth-placed side faces a play-off with the Oceania winners.

Bauza is likely to be heavily scrutinised after recording just one win in his five games in charge while his players will also face questions after they were outshone by Brazil's three goalscorers Neymar, Philippe Coutinho and Paulinho.

Lionel Messi returned from three games out injured but was largely anonymous and there was little of note from strikers Gonzalo Higuain or Angel Di Maria.

Sergio Aguero replaced Enzo Perez at half time but with Brazil dominant in the second period he had little chance to change the game.

"When they hit us hard we struggled to recover," Messi said.

"We are more than aware that we have to change a lot. Of all the bad points, the good one is that we depend on ourselves but we can't be giving away any more points."

Argentine sports newspaper Ole called the performance a "catastrophe" and in a headline classed the side's current predicament as "Russian Roulette."

Argentina have won the World Cup twice and reached the final of their last three major tournaments but not won a senior title since the 1990s.

Their next two games are against Colombia on Tuesday and then next March against Copa America champions Chile, who are fifth on the table on 17 points.