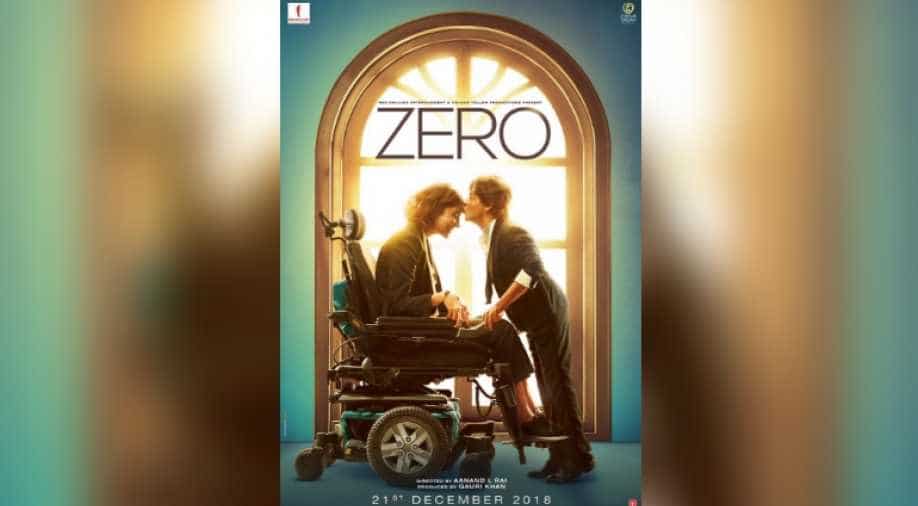 The romantic ballad has been composed by Ajay-Atul.

Anand L Rai's 'Zero' is perhaps one of the most anticipated films of this season. The film presents Shah Rukh Khan in a completely new avatar- that of a dwarf- and has one of its leading ladies- Anushka Sharma- wheelchair bound.

With just a month left for the film's release, the makers are leaving no stone unturned to keep the buzz alive. On Friday, the first song of the film 'Mere Naam Tu' was released. Featuring SRK and Anushka Sharma, the song is a romantic ballad, sung by Abhay Jodhapurkar and music by Ajay-Atul.

The beautiful song has SRK serenading a wheelchair-bound Anushka Sharma with colours and flowers. The song sort of hints at the romance between the two characters.

The film also features Katrina Kaif, who plays a film star in the film. Abhay Deol has reportedly done an extended cameo. 'Zero' will be releasing in theaters on 21st December.