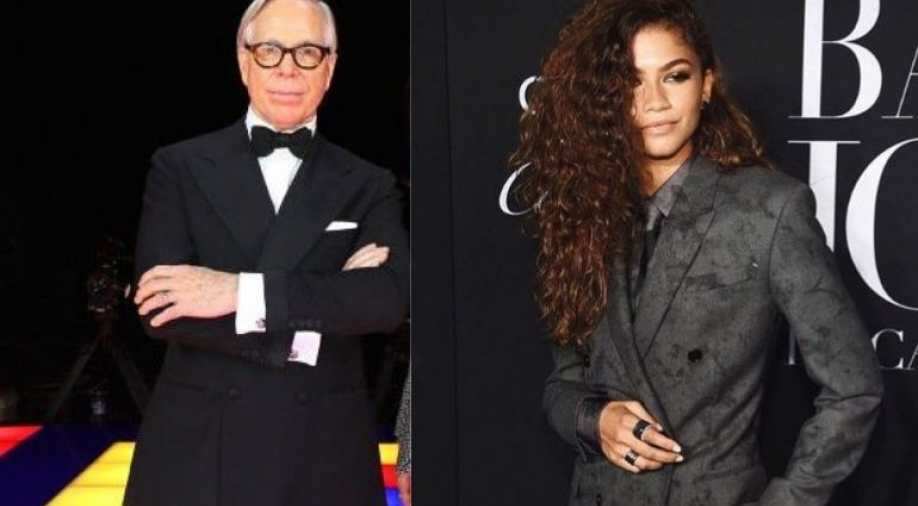 The collection's bold tailored pieces are infused with a modern twist that celebrates the strength that comes from fearlessly being your true self," Hilfiger, 68, said

In one of the most anticipated New York Fashion Week runway events this season, American designer Tommy Hilfiger unveiled his latest ready-to-wear looks on Sunday in a collaboration with actress Zendaya at the Apollo Theater in Harlem.

"The collection's bold tailored pieces are infused with a modern twist that celebrates the strength that comes from fearlessly being your true self," Hilfiger, 68, said in a statement. Their last collaboration in March served up bold fashion statements at the Comédie des Champs-Élysées in Paris.

South African model Candice Swanepoel sparkled in a metallic halter neck jumpsuit and Ashley Graham, who last month announced that she was pregnant, wowed the audience with a polka dot dress and velvet platform heels.

The front row, lined with celebrities including models Gigi and Bella Hadid and the design world's elite, joined other attendees in dancing along to Aretha Franklin's "Respect" and "Move on Up" by Curtis Mayfield.

"It is a goosebump moment for us to become part of the Apollo's storied history tonight," said Hilfiger. His show was a "see now, buy now" event - a trend in the fashion industry that sees labels make outfits displayed in catwalk shows available to consumers to purchase immediately.

Viewers watching the event live online were able to click on any outfit they chose and purchase the items right away. The Hilfiger brand, owned by fashion giant PVH Corp, is one of the best-known names in the US apparel business, with over 1,600 retail outlets in the Americas, Europe, and Asia.

The brand is the biggest contributor to PVH's sales. Nordstrom Inc will be the exclusive wholesale partner for the "TommyxZendaya" collection in the United States.

New York Fashion Week's five-day schedule, which previously ran for a full week, was streamlined to give buyers and editors more time to attend London Fashion Week, which follows directly after the New York event ends on Wednesday.