Zaira Wasim is not the only one, this Hollywood actress too left acting for her faith 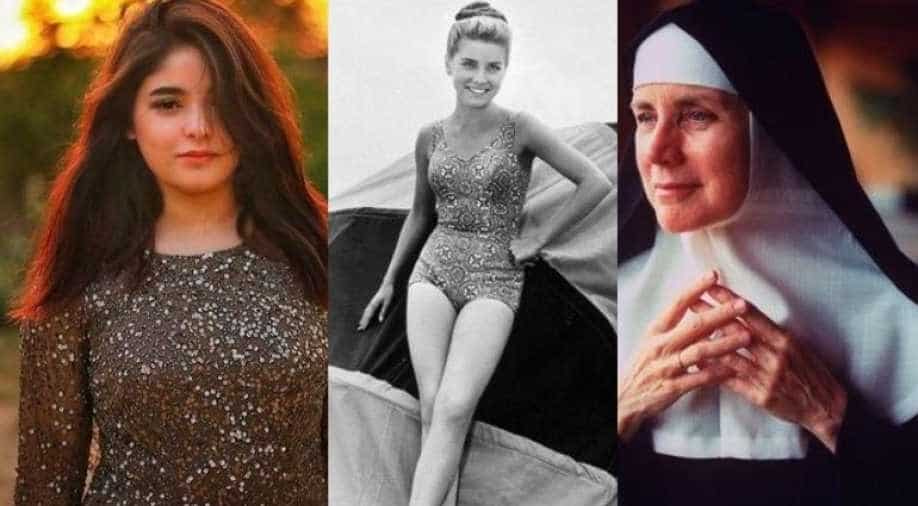 This is not the first time an actress decided to leave behind the glitz and glamour of the film industry for the simpler pleasures in life. Actress Dolores Hart left behind Hollywood in 1963 to become a Roman Catholic nun.

Ever since Zaira Wasim decided to cut off ties with Bollywood citing religious reasons, there has been a lot of speculation about the motivation behind her decision. While some suspect that she was being threatened, others even went as far as to say that her social media accounts had been hacked.

Numerous people from the Bollywood industry have expressed their support, disappointment and remorse over Zaira's decision.

However, what people did not realise was that this is not the first time an actress decided to leave behind the glitz and glamour of the film industry for the simpler pleasures in life.

In Hollywood, several actors have announced their retirement from acting- even for faith.

Meet Dolores Hart, born Dolores Hicks in Chicago in 1938, the blue-eyed, blonde hair beauty was a natural in front of the camera. She could easily hold her ground beside Hollywood superstars like Montgomery Clift, Marlon Brando, and Elvis Presley.

When she made her debut opposite Elvis Presley in the 1957 release 'Loving You' she immediately charmed the audience with her beautiful smile and found herself in great demand from there on. However, the actress suddenly disappeared from Hollywood in 1963 without a trace.

She was later found in Connecticut where she went from being Hollywood's next Grace Kelly to Mother Dolores Hart, a Roman Catholic nun at the Abbey of Regina Laudis, an enclosed Benedictine monastery in Bethlehem.

The 24-year-old decided to get rid of all her possessions in secret and even called off her engagement to Los Angeles architect Don Robinson in order to join the monastery in 1963. She could not, however, get rid of her long blonde curls for at least another year.

Nowadays, she spends her time tending to the community and taking care of her chickens, cows and llamas at the monastery.

Mother Dolores Hart, who is now 80-years-old has led a simple life for over fifty years. Her story even became the subject of an Oscar-nominated short film 'God is the Bigger Elvis' and though it has been a long time since she made an appearance in front of the cameras, she still managed to stun with her natural beauty when she came back into the spotlight in 2013 to celebrate fifty years of vowed life.

She is not the only one from Hollywood to have bid farewell to cinema. Actor Sean Connery, Cameron Diaz, Jack Gleeson and Greta Garbo too decided to call it quits- although not for religious reasons.

Back home in India, veteran actor Vinod Khanna- at the peak of his career had decided to leave acting and become a disciple of Osho. The actor went and stayed at Osho Ashram in Pune for a brief period of time in the late '70's. In the recent pas, actresses like Mandakini and Mayoori Kango left their film career and chose a different path

With a lot of actors leaving the fraternity behind every other year, it raises the question on whether it is really important to fixate on one person's reasons anymore?