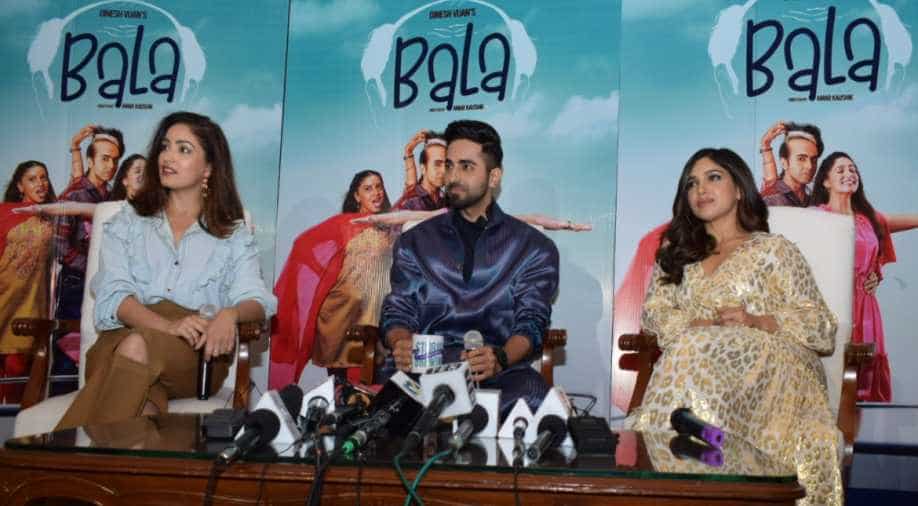 Calling it a two-heroine project, Yami defended Bhumi’s makeup in the film, as she has gone brown-faced to look some shades darker, exploring India’s obsession with fair skin.

As Dinesh Vijan’s ‘Bala’ release dates come closer, actress Yami Gautam who features as Ayushmann Khurrana’s love interest in the film spoke about her equation with co-star Bhumi Pednekar who also stars in the film.

Calling it a two-heroine project, Yami defended Bhumi’s makeup in the film, as she has gone brown-faced to look some shades darker, exploring India’s obsession with fair skin. In an interview, Yami said that it is a part of the story of the film and that Bhumi has done a wonderful job at it.

She was quoted, “Bhumi, Ayushmann and I are independent artistes who have come together to give life to a wonderful project that we totally have full faith in. We are invested in doing a great job and will go to any lengths to make the character believable and authentic in context of the script. We have a common goal here - of making a good film. I feel actresses are judged harshly vis a vis actors for their film choices. Also, people judging on the basis of just the poster and trailer is unfair. They aren’t seeing the narrative but isolating one look from the milieu it’s attached to.”

In Pictures: From 'Bala' to 'Dabangg 3': Bollywood's big releases in the next two months

She added, “It is disappointing that people can’t get past themselves and their prejudices, trying to transfer all of that negativity on to us. Bala is a film about loving oneself and there’s solid reason in the film for a certain look. We were all sold at Amar Kaushik’s vision and it’s necessary that people watch the film people first.”