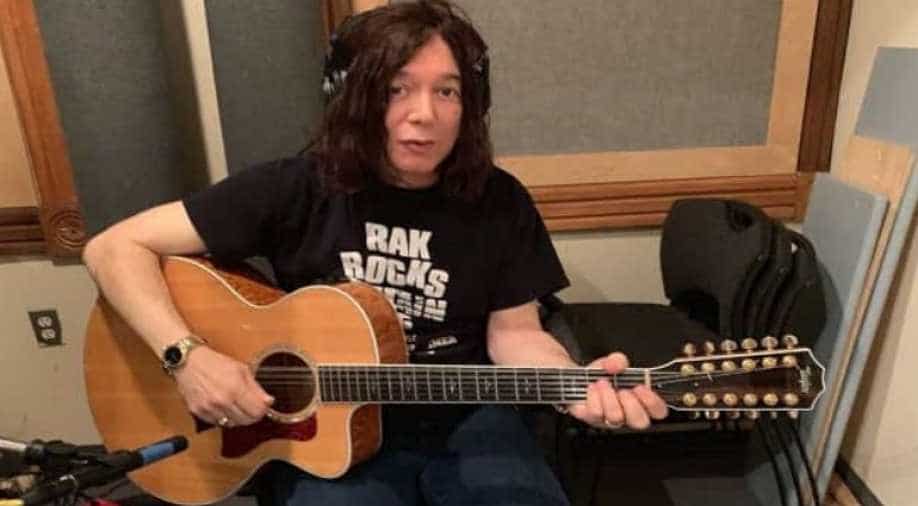 Musician Alan Merrill who co-wrote and sang the original version of `I Love Rock `n` Roll' died on Sunday of complications from coronavirus, at the age of 69.

Musician Alan Merrill who co-wrote and sang the original version of `I Love Rock `n` Roll' died on Sunday of complications from coronavirus, at the age of 69.

The news was shared by his daughter, Laura Merrill, on her Facebook page."The Coronavirus took my father this morning," she wrote."I was given 2 minutes to say my goodbyes before I was rushed out. He seemed peaceful and as I left there was still a glimmer of hope that he wouldn`t be a ticker on the right-hand side of the CNN/Fox news screen," added a heartbroken Laura in her Facebook post.

The late musician was a member of the band `The Arrows.`

Reportedly, it was while in the band, he wrote the song classic `I Love Rock `n` Roll` which the band released in 1975.
American singer-songwriter Joan Jett, upon hearing of Merrill`s demise, took to Instagram to pen a heartfelt note."I`ve just learned of the awful news that Alan Merrill has passed. My thoughts and love go to his family, friends and music community as a whole. I can still remember watching the Arrows on TV in London and being blown away by the song that screamed hit to me. With deep gratitude and sadness, wishing him a safe journey to the other side," the statement read.

In the music industry, apart from Merrill, coronavirus claimed the life of Grammy-winning country music legend Joe Diffie on Sunday. He was 61.