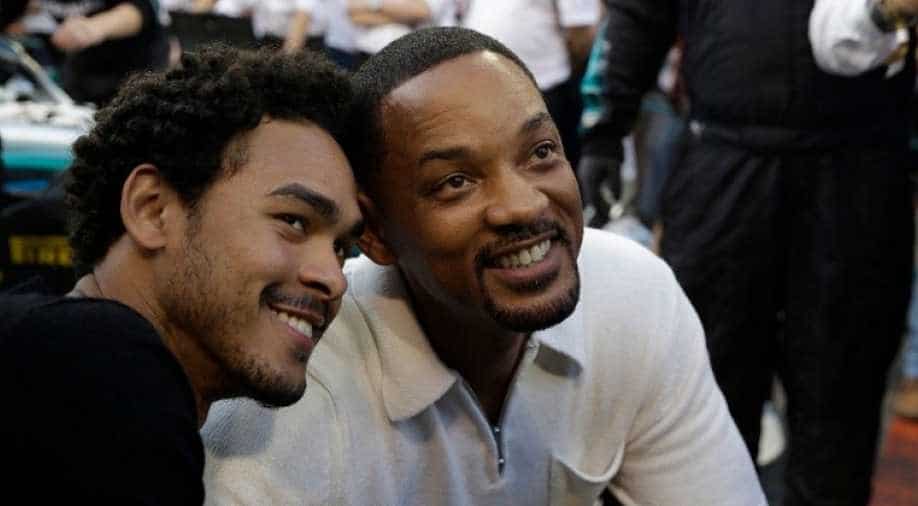 File image of Will Smith and his son Trey. Photograph:( Instagram )

Will Smith recently posted an emotional post talking about his relationship with his oldest son Trey. Smith in a video post recalled that how the relationship that was once very difficult has over a period of time transformed into something completely different.

The 'Aladdin' star, 50, shared an emotional Instagram video of himself on Tuesday from his Abu Dhabi hotel room.

"So I`m in Abu Dhabi at the F1. I brought my son Trey. We been hanging and usually I take my kids separately on stuff just so they have their individual daddy time," Smith, wearing a white bathrobe, said.

He continued, "So we been doing this, me and him hanging out at the F1. And he just hit me with, `You know what dad? I just realized you`re not just my dad.` He paused and he said, `I`m pretty sure you`re my best friend.`"

The 'Bright' actor got emotional as he pursed his lips and said, "I was like, `Whoo. Yeah, man. Probably. Probably."

The video post was accompanyied with the caption that read, "It has not always been like this between Trey and I we struggled for years after my divorce from his Mother. He felt betrayed and abandoned."

It has not always been like this between Trey & I. We STRUGGLED FOR YEARS after my Divorce from his Mother. He felt betrayed & abandoned. It is a Wild Blessing to recover & restore a Loving Relationship with My Beautiful Son! @treysmith0011

He added, "It is a wild blessing to recover and restore a loving relationship with `My Beautiful Son!"

Despite the split, Smith has remained friendly with Zampino, as is his wife Jada Pinkett Smith.

Ayushmann Khurrana takes internet by storm with his 'Joker' look