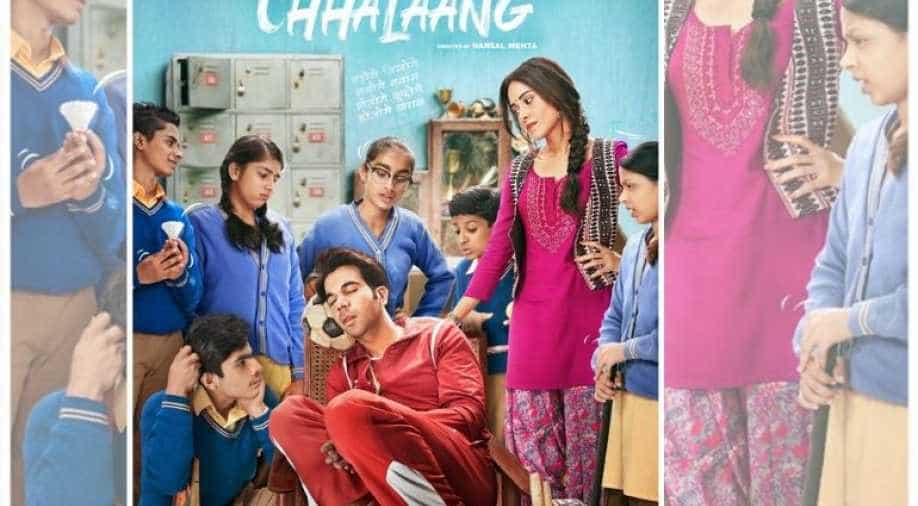 'Chhalaang' will premiere on Amazon Prime Video on November 13, 2020.

The wholesome family drama sees Rajkumar playing a character called Montu, a careless PT teacher in a school, who eventually fells in love with his colleague, the computer teacher played by Bharucha. Everything seem to be going well until his competitor arrives(Zeeshan Ayyub), another PT teacher who is appointed as Montu’s senior. The two not only compete for the girl's attention but also for self respect and job. Montu, though in the process discovers a passion for teaching again, when he faces different challenges by his strong opponent played by Ayyub.

The movie marks the fifth collaboration between  Hansal Mehta and Rao, the duo together delivered a critically acclaimed film like as 'Shahid', 'Citylights', 'Aligarh' and 'Omerta'.

The film is produced by Luv Ranjan, Ajay Devgan, Ankur Garg, Bhushan Kumar. Earlier, the movie was scheduled to release in theatres on June 12. However, due to the pandemic, the date was postponed. The movie will premiere on Amazon Prime Video on November 13, 2020.