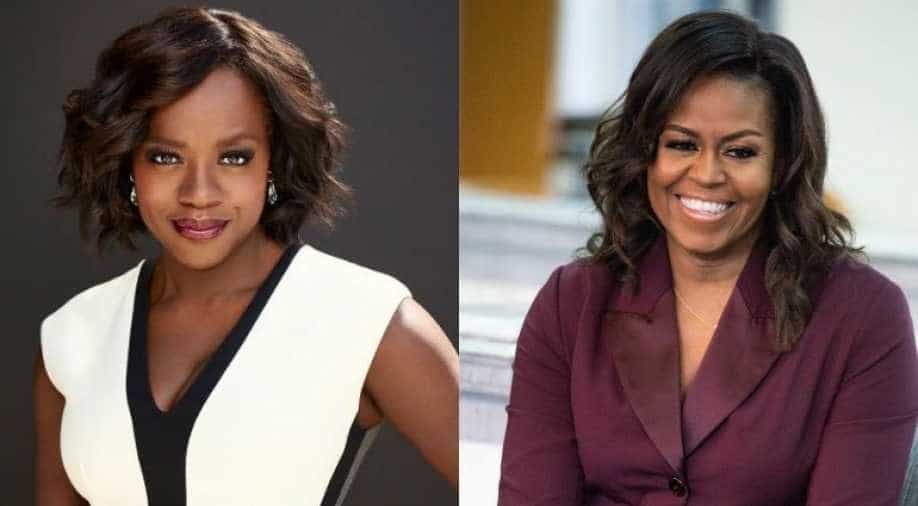 The series will follow the personal as well as the political lives of First Ladies throughout history, with season one revolving around Eleanor Roosevelt, Betty Ford and Michelle.

It`s safe to say that actor Viola Davis` next TV role will come with a lot of pressure. The star is all set to play the role of former First Lady of US, Michelle Obama in the anthology series titled `First Ladies`. According to reports, the upcoming series is in the works at Showtime.

The network has given the one-hour drama a three-script commitment, with novelist Aaron Cooley, who is on board to write.
Cooley will also serve as the executive producer for the drama.

The series will follow the personal as well as the political lives of First Ladies throughout history, with season one revolving around Eleanor Roosevelt, Betty Ford and Michelle.

`First Ladies` will also focus on the East Wing of the White House, as opposed to the West, where many of the most impactful decisions have been hidden from view, made by dynamic First Ladies.

Davis and her partner Julius Tennon will serve as non-writing executive producers for the upcoming project, along with Cathy Schulman, Jeff Gaspin, and Brad Kaplan.

Michelle has been portrayed in film before, but never on television. She was played by actor Tika Sumpter in the 2016 movie `Southside With You`.

Meanwhile, Michelle and former US President Barack Obama are getting into content production themselves via their recently launched Higher Ground Productions.

The company`s originals slate is staying away from anything directly involving politics, with `Bloom`, an upstairs/downstairs drama series set in the world of fashion in post-WWII New York City, and a feature film adaptation of author David W. Blight`s `Frederick Douglass: Prophet of Freedom`. Apart from this, Davis` can be currently seen in `How to Get Away with Murder`.

The actor`s TV schedule is set to clear up in early 2020 as her five-year six-season stint on `How to Get Away with Murder` comes to an end.