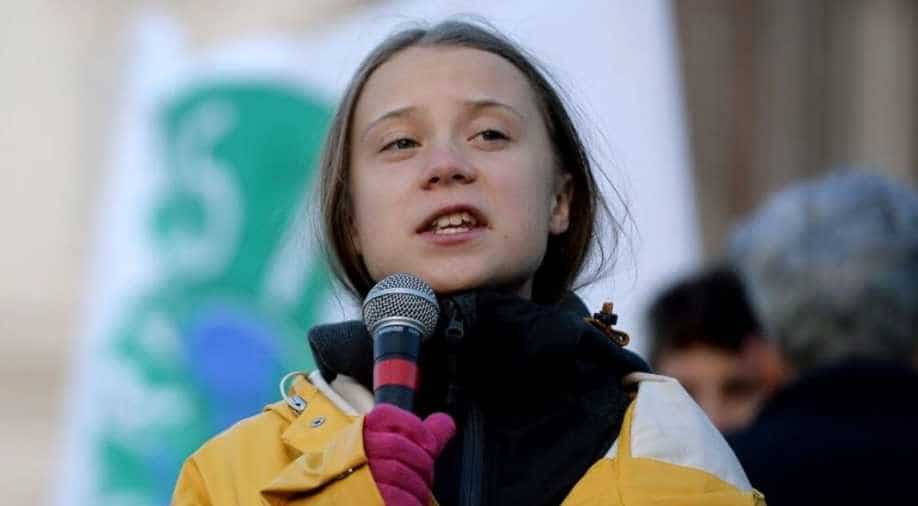 The Swedish teenager allowed film-maker Nathan Grossman to follow her for a year after he met her in 2018 on the very first day of her schools' strike.

Greta Thunberg said the weight of having to sound the alarm on climate change was "too much" for her or any child after a hugely surprising fly-on-the-wall film about her rise was premiered at the Venice film festival.

The Swedish teenager allowed film-maker Nathan Grossman to follow her for a year after he met her in 2018 on the very first day of her schools' strike, sitting alone outside parliament in Stockholm with her homemade placard.

In that time she went from being a self-confessed ''shy nerdy person" to global icon.

The resulting film, "Greta", reveals not only the inside story of the pain and risk Thunberg has put herself through for the climate cause -- braving death threats and a hair-raising North Atlantic crossing in a racing yacht -- but her love of breaking into dance and her gift for comedy.

Thunberg said that she hoped the intimate, often touching portrait that tracks her extraordinary rise would put an end to the "conspiracy theories that I don't think for myself and someone else writes my speeches.

"In the movie you can see that is not actually true, that I do decide for myself," said the activist, who has been dismissed as a "brat" by Brazil's far-right President Jair Bolsonaro, who claimed she was being manipulated.

Several scenes show in the documentary her clashing with her actor father, Svante -- who she convinced to become a vegan -- often over her perfectionism as she writes and rewrites her speeches.

Speaking via Zoom during a break in classes at her secondary school in Stockholm, Thunberg said the film was true to the real her, someone who "loves her dogs and routines" but whose life has been turned upside down by the climate cause.

The film shows how she dances in her pyjamas to relieve stress as she criss-crosses Europe on trains and in her father's electric car, living off baked beans and pasta as she urges leaders to act to save the planet.

At another point she despairs that the responsibility of her role to remind the world of the existential crisis it faces is "too much", a fear she repeated Friday during her virtual press conference at Venice.

"It is such a responsibility. I don't want to have to do all this," she said.

Yet when far-right critics vilified her as "mentally ill" in the film, Thunberg, who has Asperger syndrome, laughed it off saying, "Sometimes I think it might be good if everyone had a bit of Asberger's.
"I don't see the world in black and white, just the climate crisis."

Despite the adoration Thunberg now receives at demonstrations and on social media, in the film she admits that "kids were mean to me" when I was younger. "I was never invited to parties and was left out."

The activist, now 17, said she was relieved the documentary does away with the idea that she is an "angry naive child who sits in the United Nation General Assembly screaming at world leaders, because that is not the person I am."

Indeed, she drew a laugh from reporters and Grossman by admitting that at one stage she "doubted his seriousness" as a film-maker because he worked on his own.

"Why don't they send a sound guy? Why aren't they more professional?" she wondered.

The film shows how the straight-talking schoolgirl went from being a quiet introvert to a global celebrity in a few months in 2018, and her frustration at the gulf between politicians' promises and their actions.

"I think the most surprising thing about Greta is that she is very, very funny," Grossman told reporters.
"Sometimes I joke that she could have been a comedian. She is very charming and funny as you have seen in this press conference."