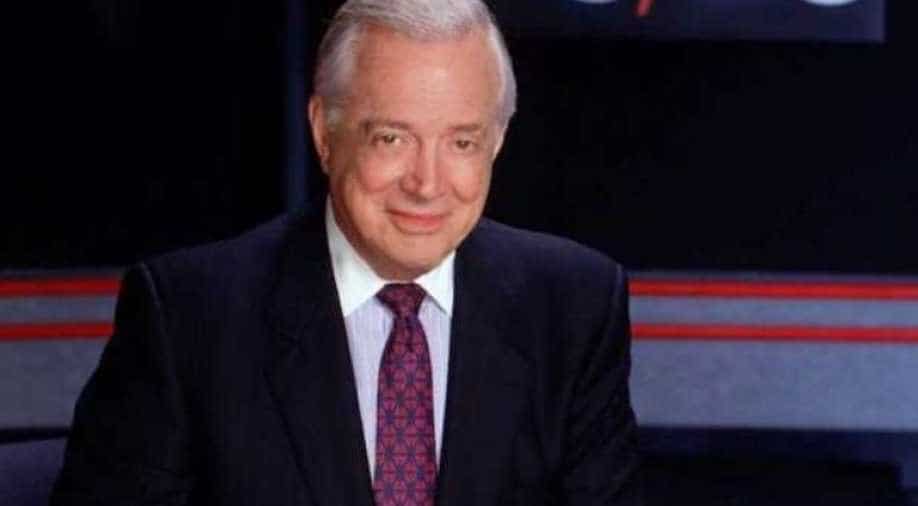 Hugh Downs hosted the game show 'Concentration' and the ABC News show '20/20' during a radio and television career of more than 60 years.

Hugh Downs, whose congeniality and authoritative manner allowed him to move between the world of game shows and US network news, has died at the age of 99, the Arizona school named after him said on Thursday.

Downs hosted the game show 'Concentration' and the ABC News show '20/20' during a radio and television career of more than 60 years.

"It is with a heavy heart that we announce the passing of Hugh Downs. We heard from his family that Hugh passed away peacefully yesterday at his home in Scottsdale surrounded by his family at the age of 99," the Hugh Downs School of Human Communication at Arizona State University said in a posting on its social media pages.

Downs television work ranged from 'Today', NBC's morning news show, to 'Tonight', working with Jack Paar. In 1985 the 'Guinness Book of World Records' said he had been on commercial television a record 15,188 hours - a mark that stood until Regis Philbin surpassed it in 2004.

"I thought TV was a gimmick like 3-D movies and it would just go away," Downs, who had a friendly, low-key manner on the air, said in an interview with the Archive of American Television. "I had no idea that the tail would eventually wag the dog and treat me much kinder than radio did."

Downs broadcasting career began at age 18 when he auditioned for a radio announcer job on a whim in his hometown of Lima, Ohio. After serving in the Army in World War Two, he joined the NBC radio network in Chicago and that led to television announcing jobs, including work on the 'Kukla, Fran and Ollie' children's show and a soap opera.

Bigger television assignments lay ahead in New York in the late 1950s - announcer on Sid Caesar's 'Caesar's Hour' and announcer-sidekick to host Paar on 'The Tonight Show' from 1957 until 1962.

Downs had a co-starring role in one of television's most dramatic moments of the 1960s when the emotional Paar walked off the stage during a taping in protest of NBC censoring one of his jokes. Downs, who had known that Paar was going to quit but did not expect a walkout, was called upon to fill in for the rest of the show.

In 1958, Downs became the host of 'Concentration', a new daytime NBC game show that tested contestants` memory and ability to solve a picture puzzle. The show was a quick success and Downs was the host for 10 years, continuing with the job even after he became an anchor on NBC's 'Today' morning show in 1962.

Downs spent 11 years on 'Today', many as co-anchor with Barbara Walters, and interviewed scores of celebrities, politicians and other newsmakers.

He also contributed special reports to the show, including one on his double knee replacement surgery and others on medicine and geriatrics, a field in which he had a long-running interest.

Each week he signed off the show by saying, "We're in touch, so you be in touch," before leaving the show and network television in 1999.

In his later years, Downs was seen on television in an infomercial for a book promoting health secrets.
Downs won Emmys for his work on 'Today' in 1970, for hosting the PBS series on ageing, 'Over Easy', in 1981 and 'Live From Lincoln Center' in 1991.

Among the several books he wrote was an autobiography, 'Yours Truly, Hugh Downs', 'A Shoal of Stars' his account of sailing a 65-foot ketch across the Pacific; and 'Thirty Dirty Lies About Old Age'.