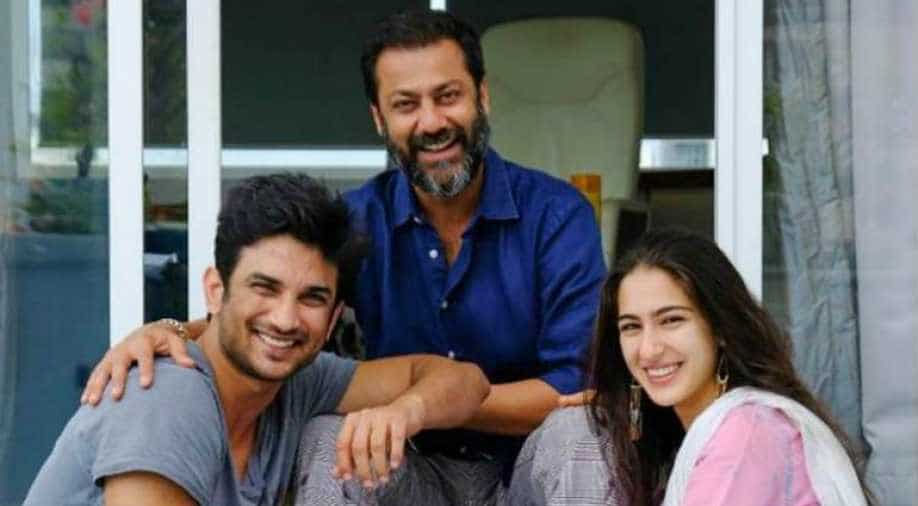 ''It is very upsetting. How can they do this? When the government has cleared it, the whole country is watching it, how can they stop my film?" said Kapoor over the ban on 'Kedarnath' in Uttarakhand.

Director Abhishek Kapoor is riding high on the critical acclaim that his new film 'Kedarnath' has been getting since its release last Friday. But the director is also upset over the film's ban in the state of Uttarakhand and has urged that the Uttarakhand government should lift the ban over the movie which is based on the the devastating Uttarakhand floods of 2013.

''I plead with the Uttarakhand government to please lift the ban on my film Kedarnath. It is an attempt to bring peace, harmony and healing to the people of this country. Please don't deprive us of this opportunity.'' Kapoor tweeted.

I plead with the uttarakhand govt to pls lift the ban on my film #kedarnath. Its an attempt to bring peace, harmony and healing to the people of this country. Pls dont deprive us of this opportunity. @tsrawatbjp @RonnieScrewvala

The film, essentially a love story of a wealthy Hindu girl and a Muslim guide, is set against the backdrop of the tragic 2013- Uttarakhand floods. A few Hindu outfits were of the view that the film motivates 'Love Jihad'and also hurts Hindu sentiments, owing to which multiple PILS were filed across the country.

While there has been no official ban on the film by the state government, it wrote to all district magistrates about the film and the controversies surrounding it.

''It is very upsetting. How can they do this? When the government has cleared it, the whole country is watching it, how can they stop my film? Uttarakhand is an integral part of the country. What happens to my freedom of expression?'' said Kapoor to a news agency.

Sara too, opened up about the controversies surrounding the film in an interview with a daily and shared that while it makes her upset, she wishes people see the film in the same light she sees it in.

"The dream was that I could pass on this story to some people. We shot the film in Uttarakhand, we stayed there for 40 days, I have best memories of my career there. It is very disheartening to not give back to them because they have given me so much. And that is the only real regret,".

The young actor was unable to understand the reason for the ban on the film and said she has a different view on "caste and religion".

''The idea behind the film is "not to divide but unite people", and especially in the face of natural calamities, natural disasters, things that are larger than life- these little things don't matter in my opinion'', she told the channel.