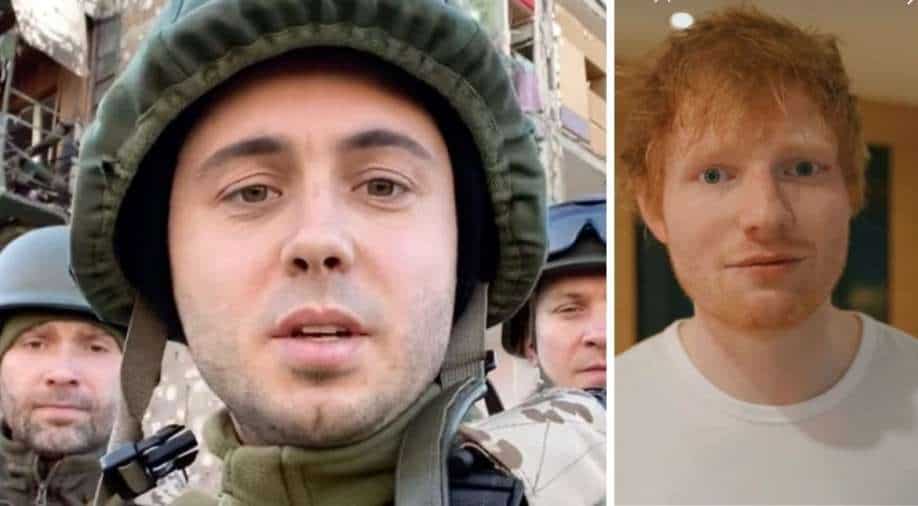 To aid Ukrain amid war with Russia, a fundraising concert will be held in Birmingham- England on March 29.

To aid Ukrain amid war with Russia, a fundraising concert will be held in Birmingham- England on March 29. Singers like Ed Sheeran, Camila Cabello, Emeli Sande and others are scheduled to perform live in the two-hour-long show.
The proceeds from the concert will aid the people of Ukraine - affected due to the Russian invasion.

Interestingly, members of the popular Ukrainian band Antytila have also reportedly expressed their desire to perform at the concert.

The band sent out a video message which has now been circulated online asking singer Ed Sheeran if they could too participate remotely.

The video has them dressed in a military uniform, and saying, "Hello Ed, greetings from Kyiv! We are musicians of the Ukrainian band 'Antytila' - one of the most popular Ukrainian bands with a lot of fans in Ukraine and all over the world. The war has changed our lives and now we are fighting with weapons against the Russian occupiers. We thank you, and all the British people for their support. Believe me, we are grateful, and we will always, always remember this."

🗓 Save the date, 29th March. The popular #Ukrainian band, Antytila, has offered to perform remotely from #Kyiv at @Edsheeran's 'Concert for #Ukraine'.

"We are not afraid to play under the bombs, and through music, we want to show the 🌍 that Ukraine is strong and unconquered." pic.twitter.com/4tzPweHate

"Today we learned about your charity concert for Ukraine, which will take place in Birmingham. And we offer to make a live broadcast between Kyiv and Birmingham with Antytila temporary joining the gig remotely. Our band will play our music in Kyiv, a city that has not surrendered and will never surrender to the Russian occupiers. You will play in Birmingham," continued the band.

The video was lauded on social media with many cheering for the band and their spirit to play amid crisis.

Later Ed Sheeran too responded to the video, saying he "loves them, stands with them, and is looking forward to their music".

"Firstly I just wanted to say to all Ukrainians, I love you, I stand with you and I'm so proud to be playing this fundraising event next week. I can't wait to check your music out, guys - and I'm sending you lots of love," Sheeran said in the video message.