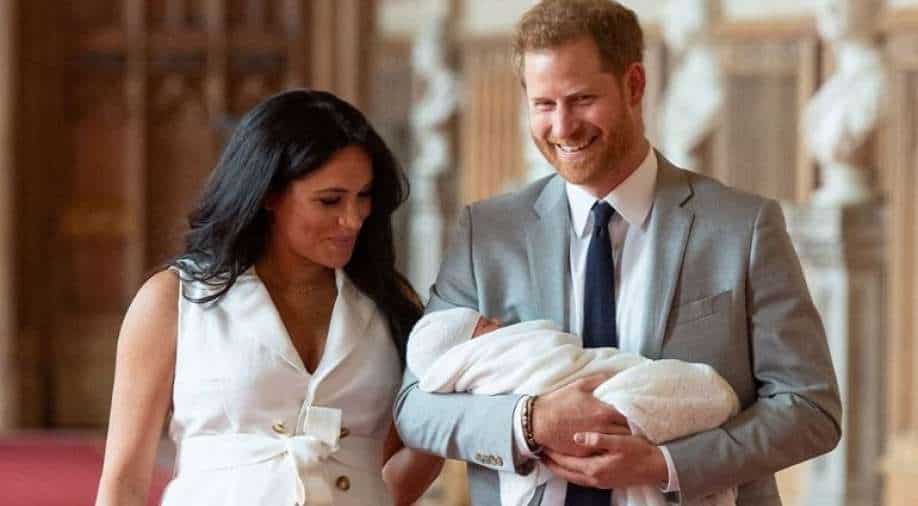 Meghan and Harry stepped down from their royal duties at the end of March and are now settled in Los Angeles, USA.

Meghan Markle and Harry have finally got some relief from at least a single agency.

A paparazzi agency name Splash has agreed to never photograph the Royal family Meghan Markle, her husband Prince Harry and their son Archie. Earlier this year, the agency “unlawfully invaded” the Royal privacy by taking the photos of Meghan Markle and baby Archie.

They two were snapped, after they announced they are stepping back from their Royal families, showing the Duchess walking with Archie and her two dogs in Horth Hill regional park on Vancouver Island.

A spokesman for Schillings(legal representatives for the couple), called the settlement “a clear signal that unlawful, invasive and intrusive paparazzi behaviour will not be tolerated and that the couple takes these matters seriously — just as any family would.”

Meghan Markle to Chrissy Teigen: Celebrities who have opened up about their pregnancy complications

During a hearing, the agency admitted the photos were an “unlawful invasion of privacy”. Meghan’s lawyer Jenny Afia said, “In light of the administration, the parties have agreed to settle the claim against Splash UK.”

Harry and Meghan Markle's long-standing feudb with the media

“The administrators of Splash UK have undertaken that, should the entity come out of administration, Splash UK will not take any photographs of the Duke and Duchess or their son in the future.”

Before this, the couple won a privacy battle against a news agency in Los Angeles in October. Meghan and Harry stepped down from their royal duties at the end of March and are now settled in Los Angeles, USA.