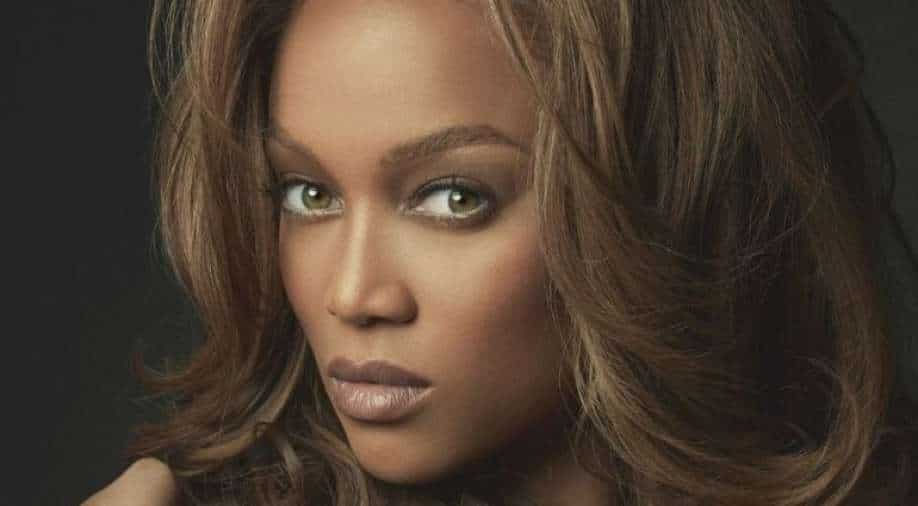 The model-turned-mogul is also quite familiar with some of Bravo`s stars as she used to model with Cynthia Bailey and Eva Marcelle got her start on 'America's Next Top Model'.

American television personality Tyra Banks would love to see a 'Real Housewives' star win the mirror ball trophy despite a report from earlier this week that claimed she wanted to ban the women from competing on 'Dancing with the Stars'.

According to a news agency, the 46-year-old star`s longtime publicist, Elana Rose of the Rose Group, told the outlet on Thursday, "This is 100 per cent untrue. She`s a huge fan of the `Housewives` and everyone knows Tyra is a businesswoman first. As a businesswoman, why would she say anything against the `Housewives`? She has nothing to do with the casting."

Banks even "just tried to get one of her really good friends on the 'Housewives!' She watches the shows. She loves them."The model turned mogul is also quite familiar with some of Bravo`s stars as she used to model with Cynthia Bailey and Eva Marcelle got her start on 'America's Next Top Model'. We`re told she`s also a huge fan of NeNe Leakes.Banks` affinity for the network doesn`t stop there.

Rose said, "She loves Andy [Cohen]. She`s been on `Watch What Happens Live` several times. She`s a huge fan of the Clubhouse."As reported by Page Six, the Tyra Banks Company Chairman and CEO most recently visited the clubhouse as a guest alongside Marcille in February. Perhaps Banks will take former `RHONY` star Bethenny Frankel up on her offer to chat on her new podcast, `Just B with Bethenny Frankel.`

The 49-year-old Skinnygirl mogul Frankel tweeted on Thursday, after criticising the now-debunked report, that she`s "welcome anytime as she has built a successful brand on her own in her own way."