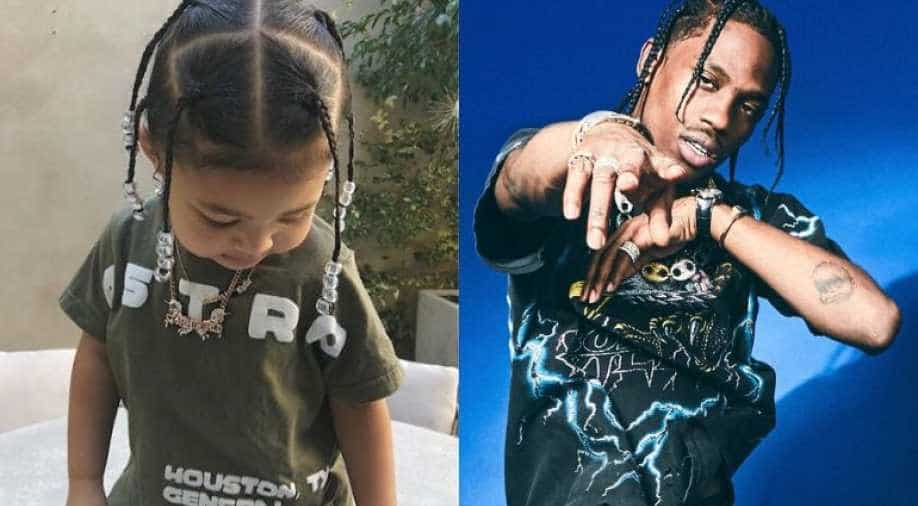 It was confirmed that Jenner and Scott were taking a break after two years of dating, with the reality star publicly confirming the news a few days later.

Looks like Kylie Jenner and Travis Scott's daughter Stormi Webster likes most of her daddy's style and qualities. The singer-rapper shared a snap of her 21-month-old daughter wherein she donned a hairstyle inspired by her dad's signature box-braids.

''Daddy's hair," the father of one captioned a series of photos showing Stormi walking with her new look. Sharing another post of his daughter, Scott wrote, "Stormi's world" which also appeared on one of the necklaces she was wearing in the photo.

The little bundle of joy was also seen wearing another necklace which had her mom's name 'Kylie' on it. Earlier this month, Jenner and toddler Stormi went on to support Scott at his Astroworld Festival.

The mother of one was spotted dancing in the front row during Scott's Rosalia rendition, according to the Houston Chronicle.

During the show, Scott even told his fans that his and Jenner's 21-year old baby girl Stormi was also one of the attendees at the event.

Later, the 28-year-old rapper also called on stage Kanye West for a surprise guest appearance, where the latter performed 'Can't Tell Me Nothing' as well as his new melody 'Follow God' from the latest album 'Jesus is King'.

Last month, it was confirmed that Jenner and Scott were taking a break after two years of dating, with the reality star publicly confirming the news a few days later.

Although they have parted ways, the former couple has been spending time together as the rapper recovers from a nasty knee injury suffered during a performance in October.