Toy Story 4: Bo Peep is back with an improved avatar in the new teaser 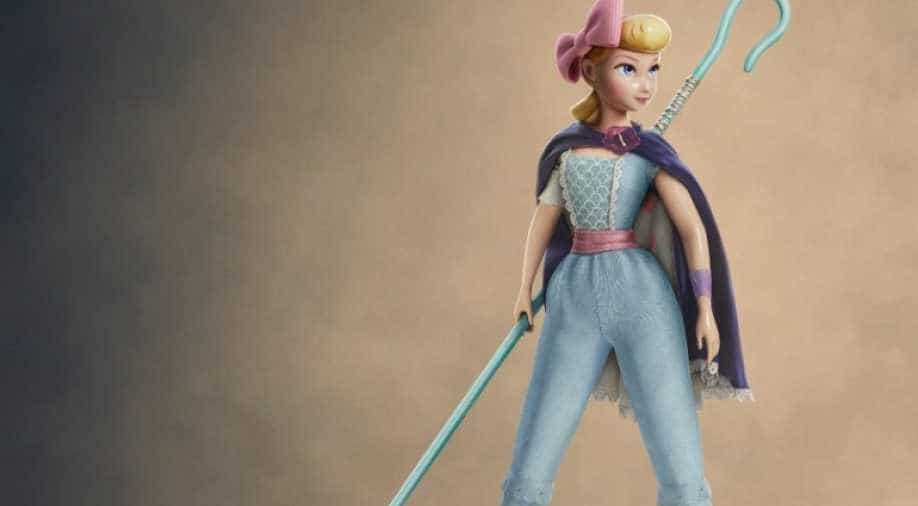 Bo Peep was part of the first two installments of 'Toy Story' but was missing in the third film of the franchise.(Image via Twitter/@ToyStory4) Photograph:( WION Web Team )

While she was one of the main characters in the first two instalments of the movie, Bo Peep was noticeably absent from `Toy Story 3.`

The makers of `Toy Story` on Monday released the new look of the latest instalment of the film, and it features Bo Peep, Woody`s leading lady, in a new and improved avatar.

In the latest look in the film, Bo Peep has traded her pink and white polka dot dress for a stunning blue jumpsuit and purple cape.While she was one of the main characters in the first two instalments of the movie, Bo Peep was noticeably absent from `Toy Story 3.`

Her exact whereabouts weren`t revealed in the film.So how did she reunite with the gang? Well, last time we saw the toy gang they had found a new home with Bonnie, who was given the toys before Andy left for college in the last scene of `Toy Story 3.`

In their new home Woody, Buzz found some new toy friends including Forky, a makeshift toy that was formally a spork and is convinced that it does not belong to the world of toys.According to E online, the plot of the film takes an exciting turn when Bonnie takes her toys on a road trip.

At this point, Woody decides to take a detour and through unlikely circumstances, is reunites with Bo, the love of his life.  Woody further discovers that she`s not the same toy he once knew. After all these years of living on her own, away from her group of friends, Bo has now developed an adventurous streak and lives her life fearlessly on the open road.

Well, it seems like her experiences on the open road worked for her because she is back with a bang.Annie Potts has returned to lend her voice for Bo`s character.Produced by Mark Nielsen and Jonas Rivera, the animated film is scheduled to release in June 2019.