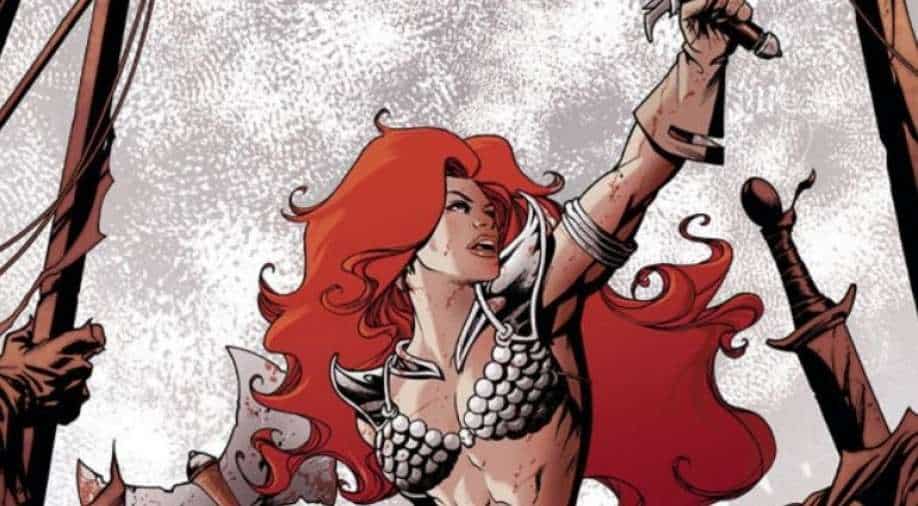 The "Red Sonja" project has been in development for over a decade, dating back to 2008 when Robert Rodriguez announced he was working on a version of the film that would have featured Rose McGowan.

Writer Tasha Huo, who is attached to showrun and executive producing the upcoming animated "Tomb Raider" series, has come on board to pen the long-gestating fantasy reboot of "Red Sonja".

"Transparent" creator Joey Soloway will direct the Millennium Films project, based on the sword and sorcery comic book by Dynamite Entertainment. Soloway was announced as writer and director in 2019, taking over from Bryan Singer who was dropped following multiple allegations of sexual assault and misconduct against the filmmaker in an investigative report in The Atlantic.


According to The Hollywood Reporter, Soloway said she is looking forward to working with Huo. "I have loved Red Sonja forever and I feel so honored to help shepherd her story and start this cinematic journey. There could not be a greater moment in our world for Red Sonja's ways of wielding power and her connection with nature and our planet.

"She is an ancient heroine with an epic calling, and translating that to the screen is a dream come true for me as a filmmaker. I can't wait to collaborate with Tasha on this vision," the filmmaker said. Jonathan Younger, Millennium co-president, said the team is "excited" to be bringing Red Sonja to the market and the world. "This has been a long time coming.

Having Joey Soloway at the helm of this feminist icon franchise is the perfect recipe for a magical adventure, which is exactly what the world needs today," he added.

The "Red Sonja" project has been in development for over a decade, dating back to 2008 when Robert Rodriguez announced he was working on a version of the film that would have featured Rose McGowan. However, that version of the movie did not happen. Casting on the film is set to begin immediately.