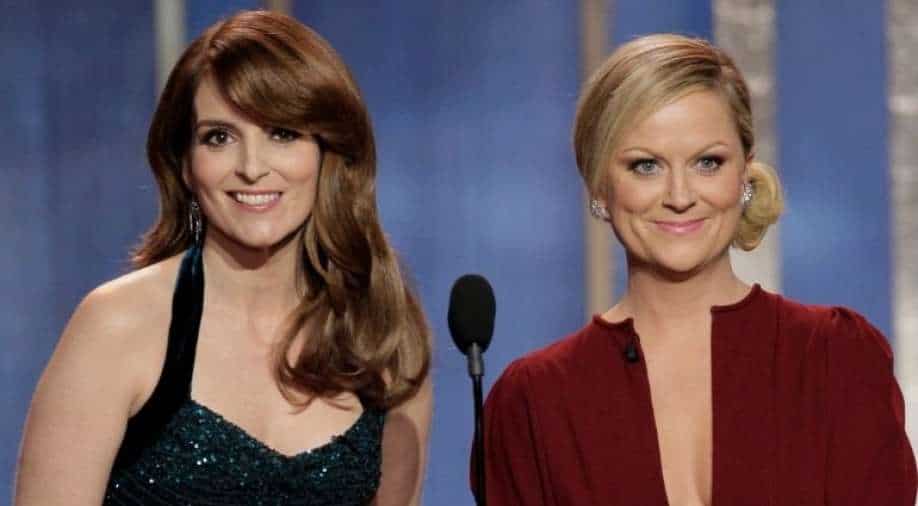 Amy Poehler and Tina Fey last hosted the awards show together in 2015 and fans have been wanting Hollywood Foreign Press Association to bring them back ever since.

There's some good news and some bad news. Tina Fey and Amy Poehler will be hosting the Golden Globes this year. The dynamic duo who always managed to bring the house down with their jibes and jokes will take on the job of the host this year but will not be doing it together. According to reports, Fey and Poehler will host separately from New York and Los Angeles.

Fey will be live from the Rainbow Room atop Rockefeller Center in New York City and Poehler will host from the ceremony`s usual location inside the Beverly Hilton Hotel in California.

The duo last hosted the awards show together in 2015 and fans have been wanting Hollywood Foreign Press Association to bring them back ever since. The upcoming ceremony marks their second Golden Globes` hosting collaboration.

The event is set to air live on February 28 at 5 p.m. PT/8 p.m. ET on NBC after being delayed by nearly two months due to the ongoing coronavirus pandemic.

A number of details about the 78th annual Golden Globe Awards ceremony have not been revealed yet, including whether presenters and nominees will participate virtually, in person, or both.

In January, the Hollywood Foreign Press Association, the governing body that oversees the ceremony, announced the recipients of two of its honourary awards.

Jane Fonda, a seven-time Golden Globe winner, will receive the Cecil B. DeMille Award for her "outstanding contributions to the world of entertainment."
Additionally, Norman Lear will be the third-ever recipient of the Carol Burnett Award for "outstanding contributions to television on or off the screen."
Satchel and Jackson Lee, children of filmmaker and three-time Golden Globe nominee Spike Lee, and producer/philanthropist Tonya Lewis Lee have been tapped to serve as the 2021 Golden Globe Ambassadors.