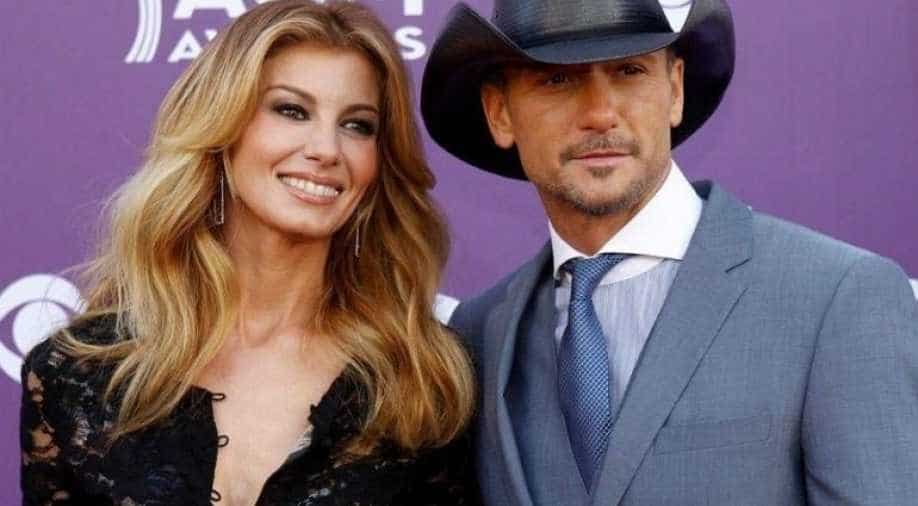 American singer Tim McGraw recently opened up about his longstanding marriage to singer Faith Hill. According to the news agency, the country music pair exchanged wedding vows in 1996 after connecting during McGraw's 'Spontaneous Combustion' tour where the 52-year-old songstress Hill was making an opening act.

Looking back at their nearly 24 years of marriage, McGraw said the time has flown by and: "We figure in our industry, it`s like 82 years.""It`s kind of like dog years, you have to count each year as seven," he quipped in a recent  interview.

Of late, the couple has been quarantining with their three daughters 23-year-old Gracie, 22-year-old Maggie and 18-year-old Audrey, and McGraw said they have made the most of the time together while being homebodies."

"Date nights have been really cool for the last four weeks," he said. The news agency reported that the family, including their daughters, was tested and cleared. They went to their house and they haven't left, the 20-time Grammy nominee said./

The 53-year-old singer added, "We had a great time just hanging out. I mean, it was probably one of the most special times we've had as a family in a long, long time. And despite all the craziness going on in the world, we had a great four weeks together."