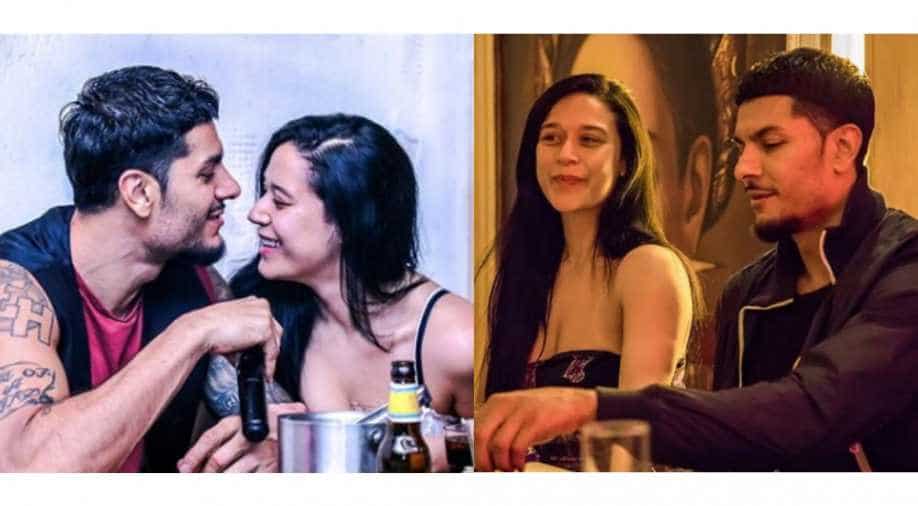 When asked if the families have gotten involved, she said, “Families eventually do get involved, but I’d like to take my time and keep it between us for now.”

All this time we have only spoken about Jackie Shroff’s son Tiger and his link-up rumours with Disha Patani while ignoring that there is another Shroff sibling that is ready to tell the world about her romance.

Tiger’s younger sister Krishna opened up about her love life as she shared some pictures with her boyfriend Eban Hyamas. She said that Eban is a friend of Tiger’s and the two have known each other for some years now. She said Tiger has known Eban since they started playing basketball together and that her brother turned matchmaker for her and Eban.

When asked if the families have gotten involved, she said, “Families eventually do get involved, but I’d like to take my time and keep it between us for now.”

Minding our own business like it’s our own company, this is destiny, we meant to be, something so special, like it’s heavenly. ♾ #justforyou @ebanhyams @doitall23

My face when @boo_bhai is on his way over with our food at @dirty.buns, ALWAYS. 🤪 See y’all there this Friday for #JUMANJI3.0! 🍾🎉 @takeentertainment_ 📷: @shreepadgaonkar

It’s not arrogance, ego, or pride. It’s self-assurance. Know who you are and show up in every single moment like you’re meant to be there!

As for Tiger, there is no development on the front of his alleged romance with Disha as the two still refuse to acknowledge their relationship in public. Krishna recently said that Tiger is “100 per cent single.”

Meanwhile, Tiger will be seen sharing the screen with Hrithik Roshan in ‘War’. He was last seen in ‘Student of the Year 2’ opposite Tara Sutaria and Ananya Panday. He is also busy with ‘Baaghi 3’ opposite Shraddha Kapoor.