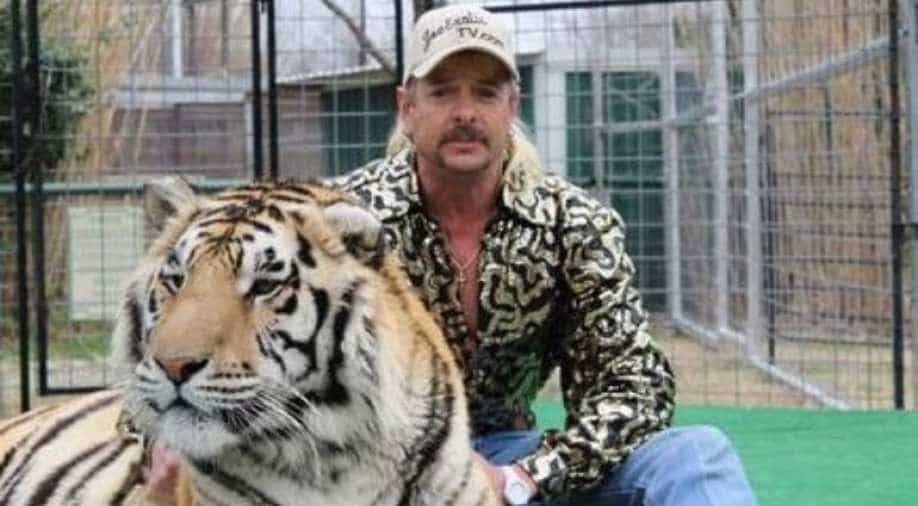 Joe Exotic, the star from the popular Netflix series `Tiger King,` is back in the news.

Joe Exotic, the star from the popular Netflix series `Tiger King,` is back in the news after a federal judge ruled that the jailed reality star has to hand over his zoo properties to Carole Baskin as part of a 1 million USD trademark judgment.

According to The Hollywood Reporter, Courthouse News reports that Baskin`s Big Cat Rescue successfully proved to a U.S. District judge in Oklahoma City that Exotic (real name Joseph Allen Maldonado-Passage) fraudulently transferred the zoo properties to his mother Shirley M. Schreibvogel in 2011 in order to keep the properties out of the reach of creditors if he lost his long-running legal battles with the Florida-based animal sanctuary.

The complaint stated, "Schreibvogel later admitted under oath that the zoo land was transferred to her by Joe Maldonado to remove it from the reach of creditors, including BCR, should BCR win its Florida lawsuit. Schreibvogel also admitted in 2015, via a confession of judgment she entered into to resolve a lawsuit filed against he by the Chapter 7 bankruptcy trustee overseeing Joe Maldonado`s personal bankruptcy estate, that the zoo land was fraudulently transferred to her by Joe Maldonado in 2011 to avoid his creditors."

Big Cat Rescue was also awarded control of several cars and cabins on the property, with the judge ordering the current zoo operator to leave within 120 days and remove all animals on the property, as a part of the judgment. Exotic, who ran for Governor of Oklahoma as a libertarian candidate in 2018, is currently serving 22 years in federal prison after being convicted in 2019 of trying to hire a hitman to kill Baskin as well as falsifying animal records and violating the Endangered Species Act.

`Tiger King: Murder, Madness and Mayhem` released earlier this year. It primarily captured Exotic`s long-running feud with Baskin, became a global phenomenon and led to other planned TV and film adaptations of the story.