Thugs Of Hindostan: Presenting Amitabh Bachchan as Khudabaksh, the commander 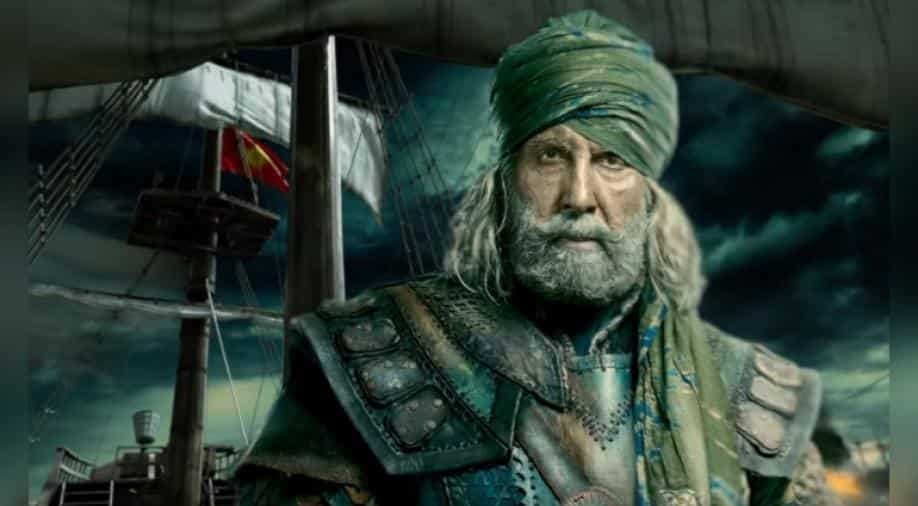 Amitabh Bachchan as Khudabaksh in 'Thugs Of Hindostan'. (Image via Twitter/@yrf) Photograph:( Twitter )

One of the most anticipated films of this year, 'Thugs Of Hindostan' has generated curiosity since the time of its casting. The film directed by Vijay Krishna Acharya pairs up Amitabh Bachchan and Aamir Khan for the first time. The film's logo was unveiled on Monday and now the first look of Big B's character has been revealed.

In the motion poster that's been released by the film's producers Yash Raj Films, Big B can be seen with wearing a turban, sporting a beard and wearing war armours and he appears to be a commander of a ship. The official description of his character reads, “Wading through storms & battles, the commander of Thugs has arrived. Amitabh Bachchan as #Khudabaksh.”

The look was shared by Aamir Khan and YRF on twitter.

'Thugs Of Hindostan' is a period film based on the Philip Meadows Taylor’s novel 'Confessions of a Thug and the cult of the Thuggee'. It also stars Fatima Sana Shaikh and Katrina Kaif in prominent roles. Scheduled for Diwali release, the film will hit the theatres on November 8.