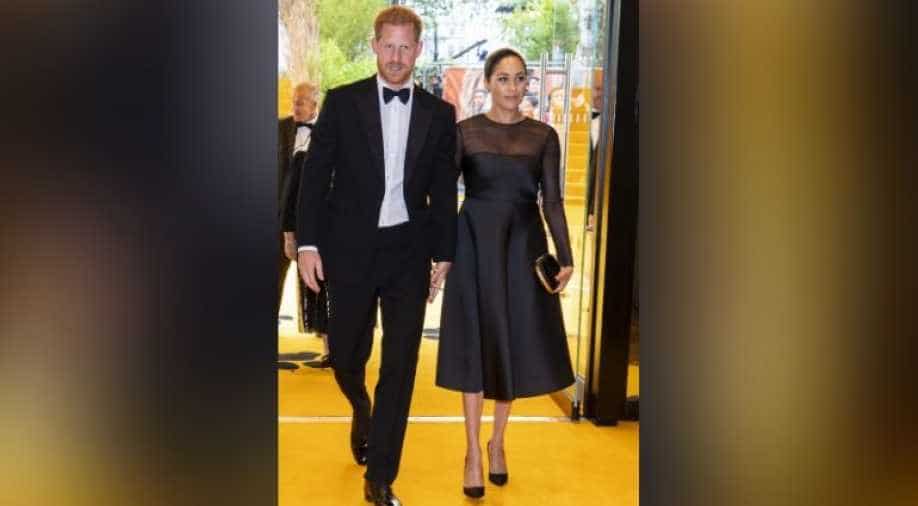 Prince Harry and Meghan Markle at the London premiere of 'The Lion King' Photograph:( AFP )

In a candid conversation with rapper Pharell Williams at `The Lion King` London premiere recently, the Duchess of Sussex discussed how constant criticism makes it difficult sometimes.

Meghan Markle and Prince Harry's marriage has been speculated with great detail from the beginning. The former actress married Britain's Prince Harry in March 2018 and since then always has been in the news. While the couple has always remained silent and seemed unaffected by the unwarranted criticism that comes their way, Meghan recently admitted that it is not easy to deal with it.

In a candid conversation with rapper Pharell Williams at `The Lion King` London premiere recently, the Duchess of Sussex discussed how constant criticism makes it difficult sometimes.

Pharell congratulated Prince Harry, Meghan Markle, and said, "I`m so happy for your union. Love is amazing. Love is beautiful. Don`t ever take that for granted. But what it means in today`s climate, I just wanted to tell you it`s so significant for many of us, we cheer you guys on."

Markle replied to the rapper`s remarks by thanking him and adding, "They don`t make it easy." 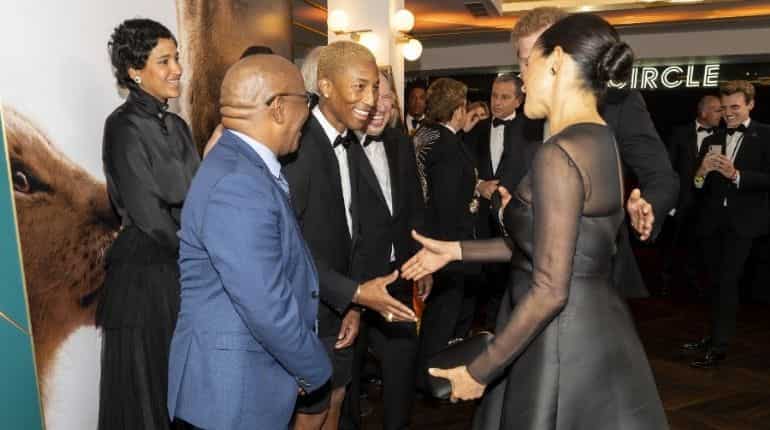 The Duchess didn`t make it clear whom she was referring to but it seemed that her reply was related to the constant backlash she and Prince Harry face from the public including her father Thomas and sister Samantha Markle.

Earlier this year, a source close to the royal couple revealed that Prince Harry takes any attack on his wife "very personally."

"Marrying into the royal family isn`t anywhere near as glamorous as it seems, so in a lot of ways Harry feels responsible for Meghan being so miserable," the insider added.

Not only Pharell, but the royals even interacted with the singer couple Beyonce and Jay-Z, who gave them some parenting advice."The best advice I can give you, always find time for yourself," Jay-Z told the couple. 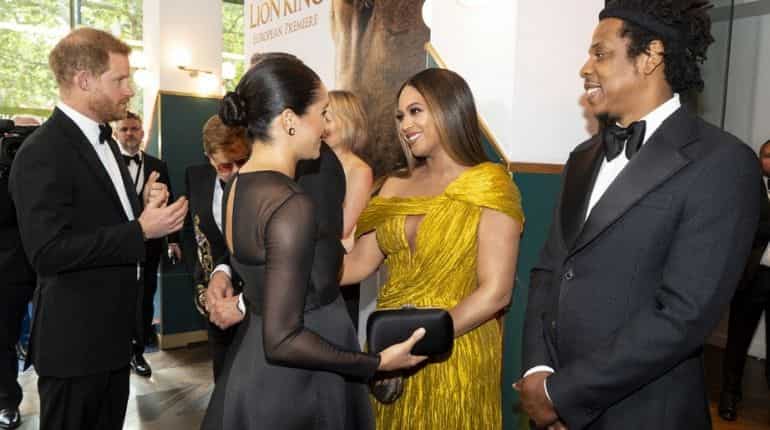 While Meghan has walked plenty of red carpets as an actor earlier, this marked her first film premiere as a royal.

The Duchess of Sussex wore a semi-sheer Jason Wu black dress, paired with Aquazzura slingback heels and a black Gucci clutch. She was accompanied by her husband Prince Harry, who rocked a classic tuxedo for the event.