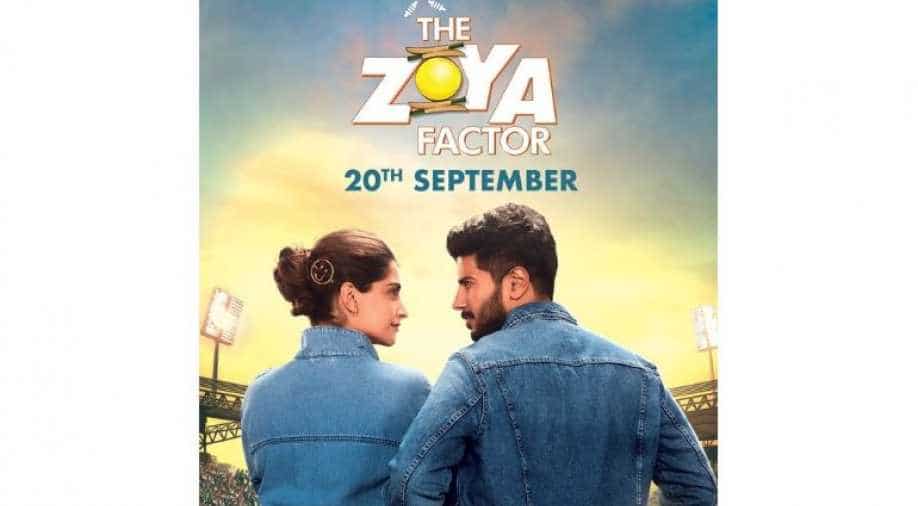 The official poster of 'The Zoya Factor'. Photograph:( Twitter )

Directed by Abhishek Sharma and produced by Pooja Shetty Deora, the film is set to hit the theatres on September 20, 2019.

Sonam Kapoor unveiled the motion picture of her next 'The Zoya Factor' on Thursday. The actress who pairs up with Malayam star Dulquer Salmaan in the film unveiled the quirky poster of the film that has her dressed as a goddess holding a cricket bat and a helmet.

Sonam captioned her post as, "Who needs Nimbu Mirchi, when you have Zoya Solanki! India’s lucky charm is here to turn tables around for you. #TheZoyaFactor."

Based on Anuja Chauhan's best-selling novel of the same name, 'The Zoya Factor' revolves around the story of a Rajput girl named Zoya Singh Solanki who meets the Indian Cricket Team through her job as an executive in an advertising agency and becomes a lucky charm for the team during the 2011 Cricket World Cup.

Zoya also falls for the skipper Nikhil Khoda who doesn't believe in luck and superstitions.

Directed by Abhishek Sharma and produced by Pooja Shetty Deora, the film is set to hit the theatres on September 20, 2019.

The film was earlier set to release on June 19, but the makers pushed it due to the ICC World Cup.

Dulquer had also shared the first look of the film featuring the two of them few months ago.