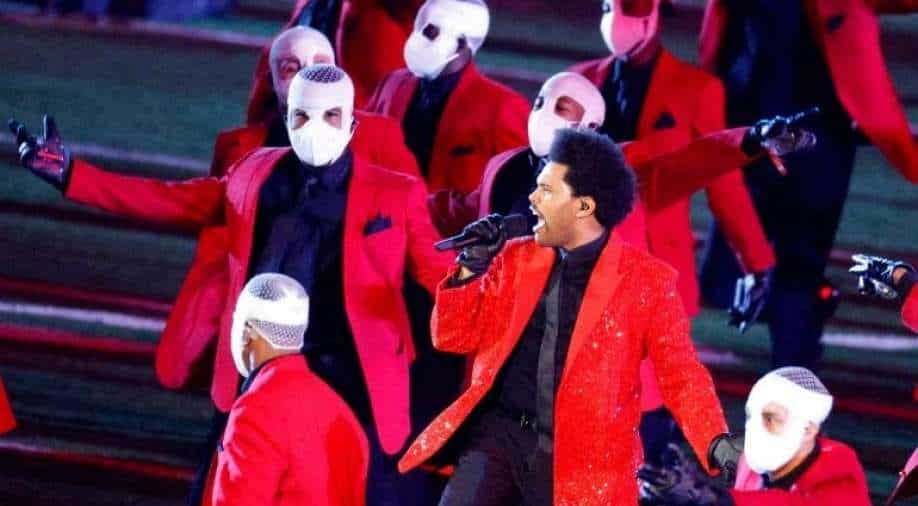 The Weeknd historic performance at Super Bowl Halftime is all set to be turned into a documentary.

Showtime announced the documentary titled 'The Show', will be a 90-minute feature that will provide a look behind the making of the unforgettable performance. While no release date has announced.

The upcoming project will be helmed by Nadia Hallgren, the director behind Michelle Obama’s 'Becoming'.  The halftime producer Pepsi along with Boardwalk Pictures will back the project.

''This historic year with Jesse Collins as the first Black executive producer of the Halftime Show brought an opportunity to tell a new story,'' said Hallgren in a statement.''We get a window into the process of a diverse team of executives and creatives working at the highest level, in front of and behind the camera. It’s fun to see these masters at work while they also uplift others. I hope this can inspire people to pursue big dreams.'' he added.

The Weeknd performance featured hits like 'Can’t Feel My Face', 'Starboy' and 'Blinding Lights', was a huge hit and was well praised. The singer's performance chipped in nearly 100 million people, who tuned in around the world to watch his performance.