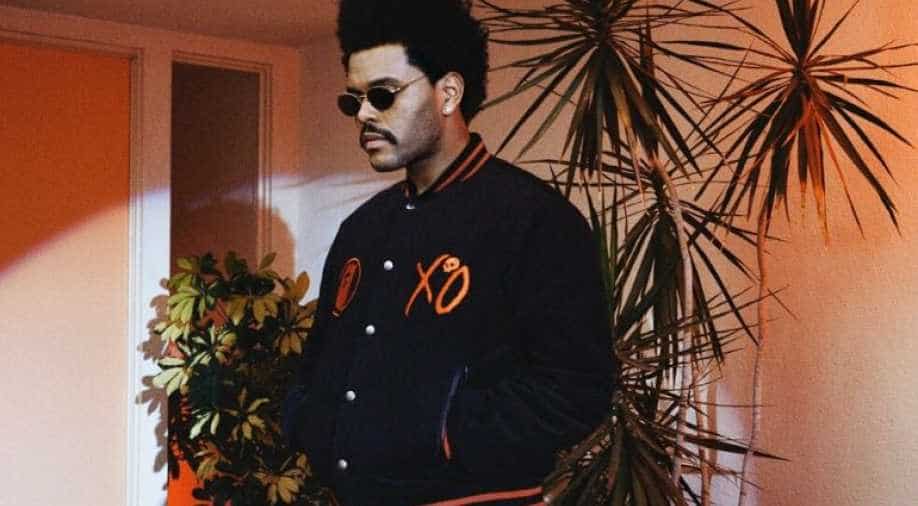 The Weeknd's Blinding Lights is at the top of Billboard Hot 100 chart. Photograph:( Twitter )

The musician has been donating for several social causes like coronavirus relief, Black Lives Matter movement, and others in the last few months.

Canadian singer The Weeknd on Wednesday donated a sum of $ 300,000 to Global Aid for Lebanon for assisting the victims of the explosion that had hit the city last week, which killed at least 200 people.

An official announcement in the regard was made by the musician's manager, Wassim 'Sal' Saliby on Instagram where he had expressed gratitude over being associated with the socially aware star. "I am so honoured and humbled to work with artist`s who have such deep care for the world and right now for our brothers & sisters of Lebanon who are in pain and need our collective help," Saliby wrote.

"I want to thank my brother @theweeknd for his generous and class act of donating $300,000 to the Global Aid for Lebanon campaign," he added.

The musician has been donating for several social causes like coronavirus relief, Black Lives Matter movement, and others in the last few months. According to a news agency, The Weeknd had contributed USD 200,000 each to the Black Lives Matter Global Network as well as the Colin Kaepernick Know Your Rights Camp Legal Defense Initiative.

He had also donated $ 500,000 each to MusiCares` COVID-19 relief fund and frontline workers of an Ontario based hospital network. His Lebanon donation brings his total charitable contributions to some $ 2.15 million in just over two months, reported Variety.