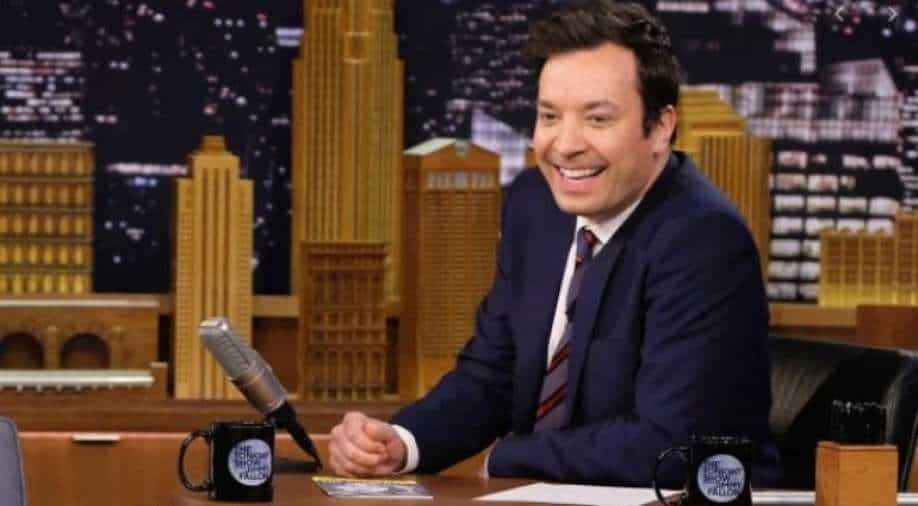 Susan Rovner, NBCUniversal Television and Streaming chairman, confirmed the news of the show`s renewal during NBCUniversal`s upfront presentation on Monday.

Jimmy Fallon's popular American talk show `The Tonight Show Starring Jimmy Fallon` has just been renewed for five more years.
It is  a longer commitment from NBC to the host than the network had previously disclosed.

Susan Rovner, NBCUniversal Television and Streaming chairman, confirmed the news of the show`s renewal during NBCUniversal`s upfront presentation on Monday.

Rovner didn`t elaborate on the Fallon renewal. She emphasised that NBCUniversal is working fast to generate content for its linear and streaming platforms.

The company went through a massive restructuring of its TV operations last fall when Rovner signed on to lead content operations after more than 20 years as a top creative executive at Warner Bros. TV.

Although the talk show has fallen behind CBS` `The Late Show with Stephen Colbert` and ABC`s `Jimmy Kimmel Live` in total viewership, the late-night mainstay is has been such a part of the fabric of NBC that its renewal was not in doubt nor is Fallon`s hold on the host chair seen in as in jeopardy.

The long-term renewal was struck around the time that `Tonight Show` saw a shuffle of showrunners last November when longtime staffer Jamie Granet-Bederman took the baton from Gavin Purcell.

Granet-Bederman`s selection was a sign that Fallon and `Tonight Show` were opting to stay the course after meeting with challenges when outside producers have been brought in to lead efforts.

NBC previously assigned news and sports veteran Jim Bell to help steer the show in 2018 the wake of `Tonight Show` slipping behind CBS` `Late Show'. Amid the ongoing COVID-19 pandemic, Fallon used to host his show and episodes from home. But recently, the show`s team was back to Studio 6B in New York to record new episodes in March.

They had also released a video describing its return to the home studio after a long hiatus. Fallon began hosting the show in February 2014, taking over from Jay Leno.