'The Power of the Dog' triumphant with best film, director at BAFTAs 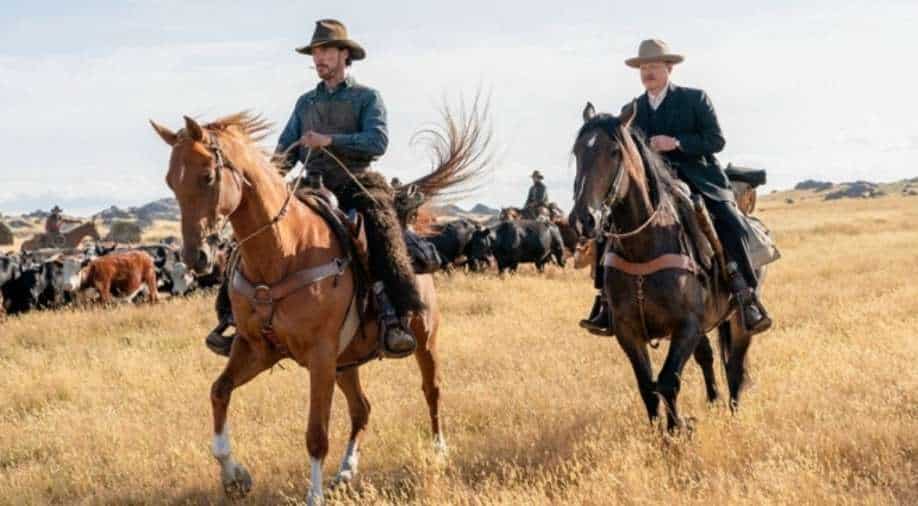 A still from Power of the Dog. Photograph:( Twitter )

Will Smith scooped the best actor prize for his portrayal of the Williams sisters' father and tennis coach in 'King Richard'.

Jane Campion's dark Western 'The Power of the Dog' won BAFTAs for best director and best film on Sunday, beating Denis Villeneuve to the top prize although his sci-fi epic "Dune" won five other awards at the star-studded London ceremony.

Will Smith scooped the best actor prize for his portrayal of the Williams sisters' father and tennis coach in "King Richard", while Britain's Joanna Scanlan won the best actress for her widow's role in drama "After Love".

The star of "The Power of the Dog", Benedict Cumberbatch, accepted the best director award on behalf of Campion, the day after she won the Directors Guild of America's top prize for her film about the toxic masculinity of sexually repressed cowboys.

New Zealander Campion appeared on a video call after the ceremony, telling journalists that she was "speechless" to win the UK's best film award.

Producer Tanya Seghatchian paid tribute to Campion, hailing "a visionary whose trail has blazed through the last 30 years of cinema".

The film is now a front runner for the best movie award at the Oscars to be held in Los Angeles on March 27.

Opening the ceremony amid Russia's ongoing war in Ukraine, BAFTA chair Krishnendu Majumdar said the invasion had "shocked the world with images and stories detailing a truly horrific and heartbreaking situation".

Film academies across Europe stood in solidarity with Ukraine and "we share the hope for the return to peace", he said.

Several actors on the BAFTA red carpet wore blue and yellow badges in solidarity with Ukraine, including Cumberbatch who said he was "doing what he can" to host refugees after an appeal from the British government.

Despite the world's sombre mood over Moscow's ongoing onslaught, Sunday's awards were a celebration of freedom of a different kind as they were held in person for the first time since Covid-19 pandemic lockdowns.

The evening's host, Australian actress Rebel Wilson, presented a singing performance by Britain's Emilia Jones, who played a child of deaf adults in "CODA" and was vying for the best actress prize.

Her performance was simultaneously signed on stage in British and US sign language.

"Luckily though, in all sign languages, this is the gesture for (Russian President Vladimir) Putin," Wilson said, raising her middle finger.

Presenting the prize for Best director, Andy Serkis took a swipe at Britain's Home Secretary Priti Patel and her handling of the Ukrainian refugee crisis.

Serkis said Patel's latest movie "all refugees are welcome, but some are more welcome than others, is a complete nightmare".

Accepting the best actress prize for her role as Mary Hussain, a widow who discovers her late husband has a secret family, Scanlan said the film took "extreme love, blood, sweat and tears".

US actress and singer Ariana Debose won the award for best supporting actress for her role in Steven Spielberg's "West Side Story" remake, confessing to the audience that "I speak dance better than I speak English".

He joked about the event's celebration of the James Bond franchise's 60th anniversary, asking in sign language "have you maybe considered a deaf Bond, 008?"

"Coda" director Sian Heder won the award for best adapted screenplay, paying homage to the deaf community who "shared their stories with me and trusted me".

Japan's Ryusuke Hamaguchi won the award best film not in the English language for "Drive My Car", adapted from a Haruki Murakami's short story, saying "well that got rid of my jet lag" as he accepted the prize.

Kenneth Branagh won the award for outstanding British film for his semi-autobiographical "Belfast" about ethnic strife in late 1960s Northern Ireland, paying tribute to cinema going audiences in the age of Netflix.

"All hail the streaming revolution but all hail the big screen too, it's alive! And long may they live together."