'The Milkmaid', a Nigerian film about Islamist insurgency, aims at Oscar glory 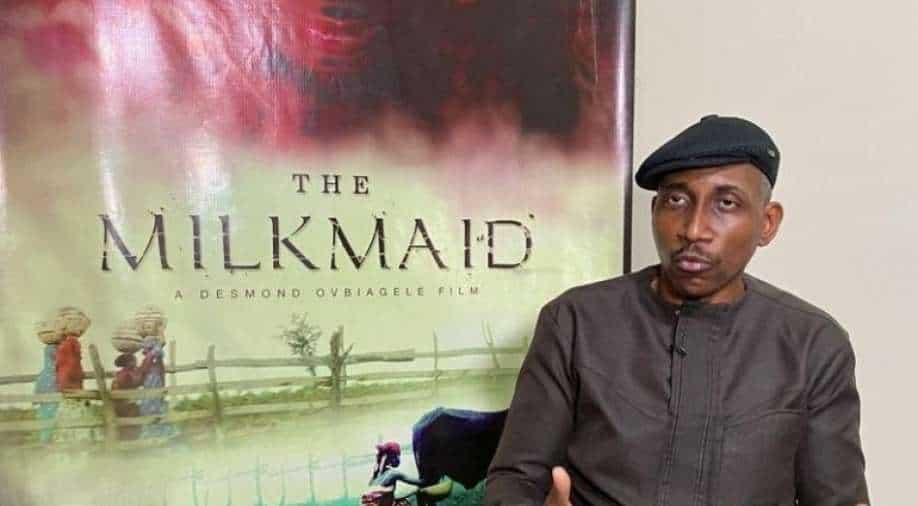 The Academy of Motion Picture Arts and Sciences will announce its nominations for the Academy Awards on March 15.

Ten years ago, Desmond Ovbiagele abandoned his career in investment banking to pursue his dream of making films. Now the Nigerian director`s movie about the jihadist insurgency in his country has been put forward as an Oscars contender.

'The Milkmaid' tells the story of two sisters who are abducted from their village during a deadly attack by militants in northeast Nigeria. It has been submitted by Nigeria as its entry for international feature consideration at the Academy Awards.

The Academy of Motion Picture Arts and Sciences will announce its nominations for the Academy Awards on March 15.

"Even having made it this far is a huge encouragement to filmmakers who don`t necessarily want to tell the most commercial type of stories," Ovbiagele - who wrote and directed the film - told Reuters in an interview in Nigeria`s commercial capital, Lagos.

The insurgency by militant group Boko Haram has killed more than 30,000 people and forced about 2 million to flee their homes since 2009. The group attained global notoriety in 2014 with the abduction of more than 270 schoolgirls in the northeastern town of Chibok.

"I felt it was important that we put some backstories and some personalities behind all these casualty statistics," said Ovbiagele.

The film has already won five Africa Movie Academy Awards, including Best Film. Although Nigeria is an English-speaking country, it is eligible for the Oscars best international film category because the characters address each other in the Hausa, Arabic and Fulfulde languages spoken locally.

Anthonieta Kalunta, lead actress in the movie, said she hoped those judging "The Milkmaid" would see the film as being told from "a very beautiful perspective", despite the subject matter.

For Ovbiagele, the film`s success will draw attention to the plight of hidden victims.

"The victims of insurgency were not getting the attention that I felt they truly deserved," he said.