'The Lion King' inches towards Rs 150 crore mark in India 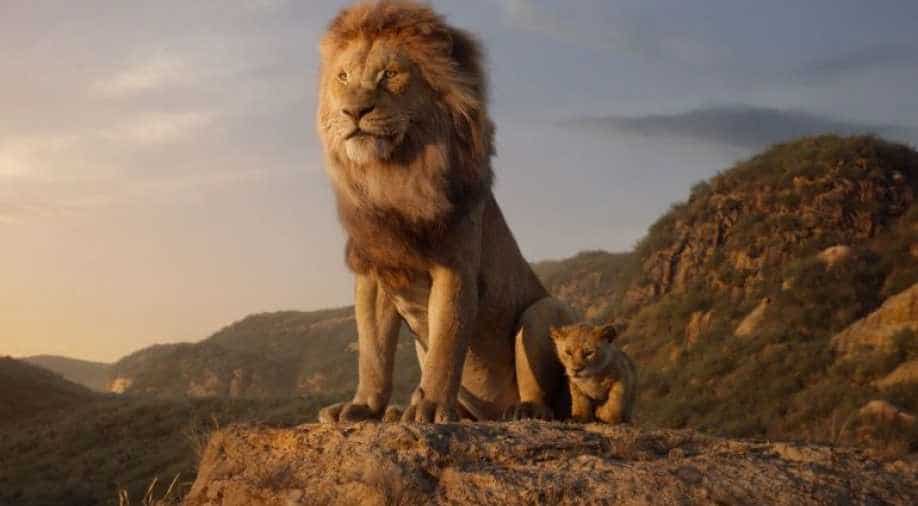 A still from 'The Lion King' Photograph:( WION Web Team )

The remake is already the fifth-biggest global release of the year, having collected $963 million to date.

We all knew that the iconic Disney film ‘The Lion King’ will hit bullseye owing to its nostalgic factor but now the film is making strides towards entering Rs 150 crore club in India. The film released in both Hindi and English languages along with regional languages like Tamil and Telugu.

The Hindi dubbing included a cast of Shah Rukh Khan and his son Aaryan Khan along with other actors from the entertainment industry.

It collected Rs 38.93 crore (gross box office collection) in its second weekend, with nett collections standing at Rs 32.70 crore for this period. This takes the cumulative 10-day gross collection to Rs 136.04 crore. The nett box office figures for India stands at Rs 114.27 crore.

Directed by Jon Favreau, a recreation of the 1994 Disney classic of the same name, the film brings back the adventures of Simba, the lion cub who is to succeed his father Mufasa as King of the Pride Lands.

The remake is already the fifth-biggest global release of the year, having collected $963 million to date, reports variety.com.