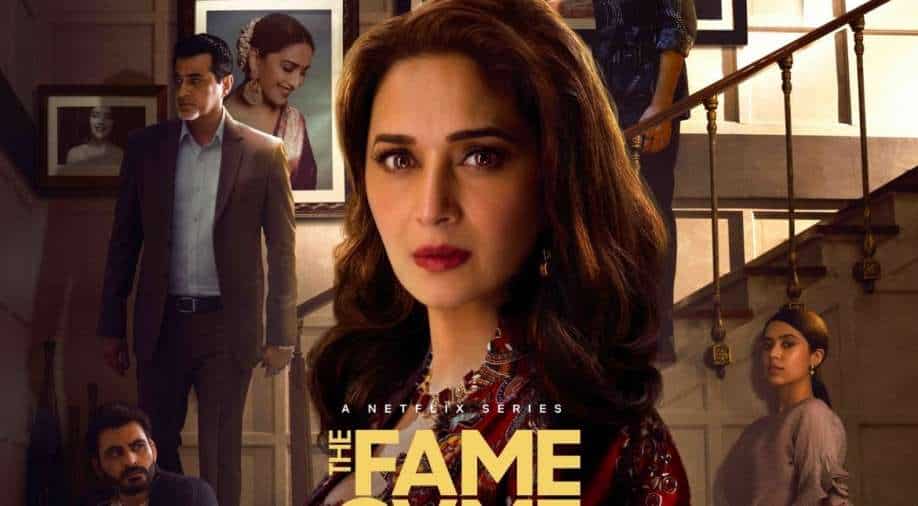 'The Fame Game' is all set to take viewers on a rollercoaster ride through the highs and lows of superstar Anamika's life, revealing hidden truths and painful lies.

Madhuri Dixit is making her digital debut. The first look of her debut web series 'The Fame Game' was shared on social media on Thursday. The series will be streaming on Netflix India.

The poster gives a glimpse of the principal cast of the show which co-stars Manav Kaul, Sanjay Kapoor, Lakshvir Saran and Muskaan Jafferi along with Madhuri Dixit.

The series which was earlier titled 'Finding Anamika' has now been changed to 'The Fame Game' and will premiere on Netflix on February 25.

'The Fame Game' is all set to take viewers on a rollercoaster ride through the highs and lows of superstar Anamika's life (played by Madhuri), revealing hidden truths and painful lies.

The series is produced by Dharmatic Entertainment- the digital wing of Dharma Productions.

The description of the show reads as, "Bollywood icon Anamika Anand has it all but is her life perfect or a perfectly crafted facade? In a world of glitz, glamour and fame - the lines of what is real and what is not can often be blurred."
'The Fame Game' brings together Sri Rao as the showrunner and writer and Bejoy Nambiar and Karishma Kohli as directors.