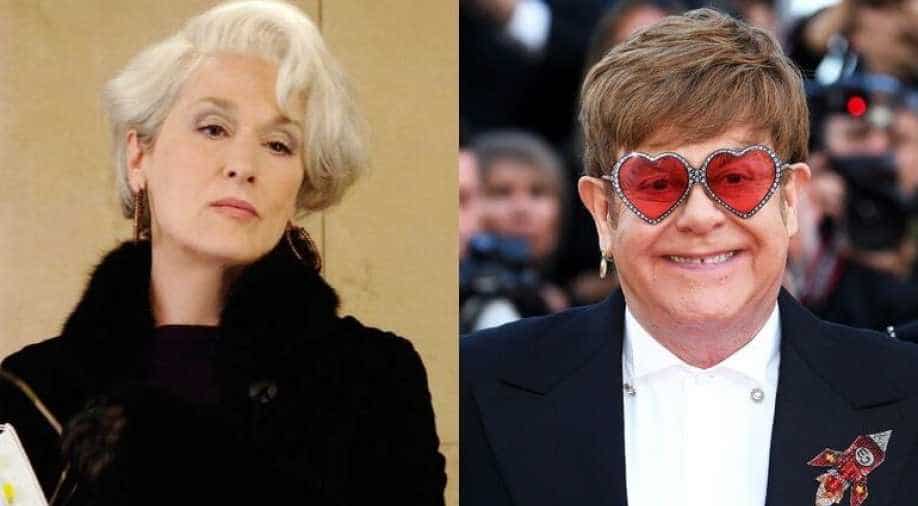 Meryl Streep in a still from 'The Devil Wears Prada' and file image of Elton John. Photograph:( Twitter )

Singer John Elton will provide the music for the upcoming musical with lyrics from singer-songwriter Shaina Taub.

The stage musical adaptation of `The Devil Wears Prada` is set to debut this summer at the James M. Nederlander Theatre in Chicago.

Singer John Elton will provide the music for the upcoming musical with lyrics from singer-songwriter Shaina Taub, reported E! News.

The production is set to be directed by Anna D Shapiro. It will also feature a book from Paul Rudnik.

Producer Kevin McCollum confirmed the news to the Chicago Tribune, stating that it was "important" for director Shapiro "that we premiere in Chicago."

However, he did not comment about a future move to Broadway in New York City. The musical adaptation is based on the novel by Lauren Weisberger and the 2006 movie starring Meryl Streep, Emily Blunt, and Anne Hathaway.