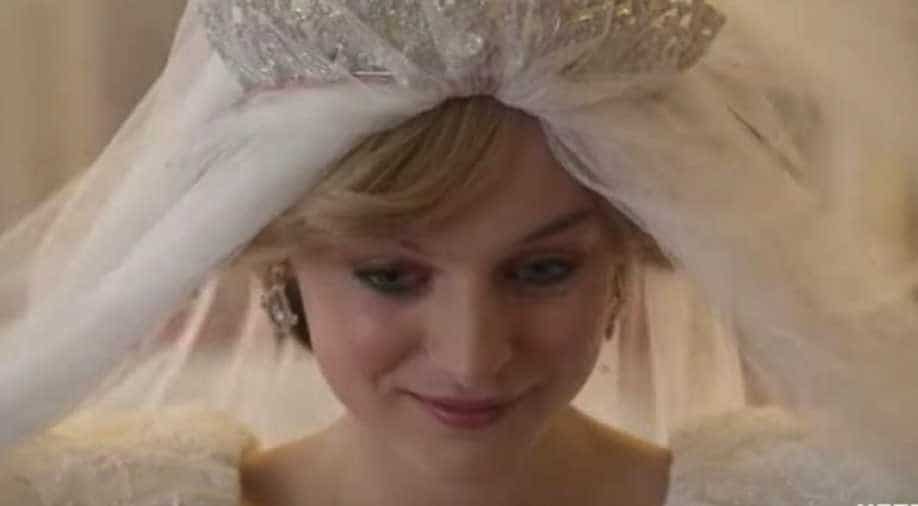 Season 4 of the highly anticipated Netflix series 'The Crown' will not just be about the Queen but two other very prominent women of Britain - Margaret Thatcher and Princess Diana.

Season 4 of the highly anticipated Netflix series 'The Crown' will not just be about the Queen but two other very prominent women of Britain - Margaret Thatcher and Princess Diana. The teaser was dropped on Tuesday on social media and featured a spine-chilling soundtrack more suited to a dark psychological thriller that offers a deep sense that all is not well with The Windsors.

As the teaser starts, the narrator says, "Here is the stuff of which fairy tales are made. A prince and princess on their wedding day. But fairy tales usually end at this point with the simple phrase, `They lived happily ever after.`"

The Prince and Princess are Prince Charles (Josh O`Connor) and Lady Diana Spencer (Emma Corrin). In the clip, the soon-to-be Princess of Wales is introduced for the first time. She has been shown as a lively young girl with a beaming smile and a somewhat un-royal wardrobe.

While the trailer offers no visual clues as to how the fairy tale ends for the two, the rather impressive tones leave no doubt that it will be a central storyline for the series.

The trailer also introduces another new member in the show- Former British Prime Minister Margaret Thatcher played by Gillian Anderson. The Iron Lady came to power in 1979 and was an antithesis to Diana`s more carefree party girl.

The trailer also puts on display a few smiles, with Queen Elizabeth (Olivia Colman), Prince Philip (Tobias Menzies), and Princess Margaret (Helena Bonham Carter) all sporting some decidedly restrained expressions throughout, and not just in a funeral scene.

'The Crown' Season 4 is set to premiere globally on Netflix on November 15.