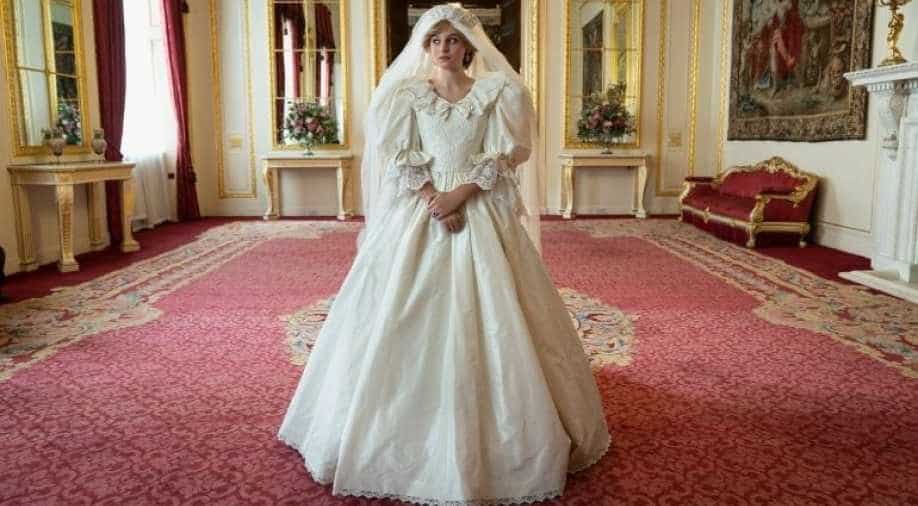 The new series of 'Crown' is all set to arrive in November and will star Olivia Colman as the Queen and Tobias Menzies as Prince Philip.

In a runup to the season premiere in November, the official Twitter handle of 'The Crown' shared the first image of Princess Diana's wedding dress replica. The twittle handle shared a snapshot of Emma Corrin, (playing Princess Diana), wearing a wedding gown similar to what Princess Diana wore on her wedding dat. 'The Crown' new season will show Prince Charles and Diana's relationship and their marriage.

''The first glimpse of Princess Diana’s wedding dress," the tweet read. In the picture, the 24-year-old can be seen standing peacefully with her hands joined.

The gown looks almost a replica of what Princess Diana originally at her wedding on July 29, 1981. The dress is created by costume designer Amy Roberts who wanted to capture the same spirit and style of David & Elizabeth Emanuel’s original design, without creating a replica.

Earlier in an interview, Corrin revealed that it took 10 people to hold and to provide their help while filming this particular scene for 'The Crown'. The princess’s original dress had 10,000 pearls and a 25-foot train.

The new season is all set to arrive in November and will star Olivia Colman as the Queen and Tobias Menzies as Prince Philip.