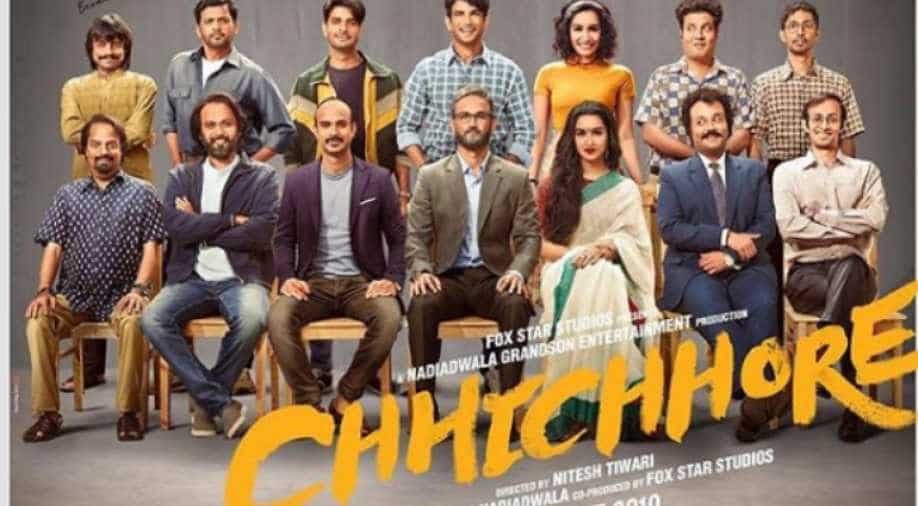 Sushant Singh Rajput and Shraddha Kapoor-starrer 'Chhichhore' is proving to be a winner at the box office. The college drama, which opened to a lackluster start, is slowly but steadily picking up pace. The film raked in a total of Rs. 35.98 crore in its opening weekend. Read the film's review here.

Indian film critic and trade analyst Taran Adarsh shared the box office collection of the flick on his Twitter handle. Taran noted that `Chhichhore` is winning hearts and multiplexes are going strong. The good reviews coupled with positive word of mouth are translating into impressive numbers at the box office The film, which opened to good reviews, witnessed a slow start, minting Rs. 7.32 crore on its opening day. It picked up the pace on its second day and saw an increase in numbers by earning Rs. 12.25 crore.

'Chhichhore' is full of nostalgia and plays on the themes of friendship and college life. The film revolves around Anni (played by Sushant) and his college buddies. It showcases how their lives undergo major changes after they all graduate.

One part of the film shows the friends in their college and how they strive to win a competition and the second part features them all grown up. The gang, which gets separated after college, reunite years later in a hospital when one of their friends meets with an accident. Directed by Nitesh Tiwari, the film is produced by Sajid Nadiadwala and had hit the big screens on September 6.