'The Big Bull' trailer: Abhishek Bachchan looks promising in the story of the biggest scam 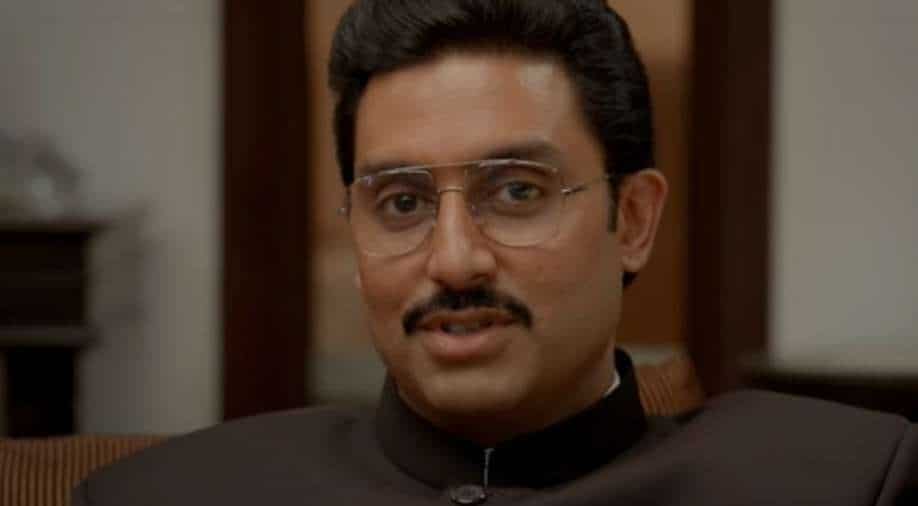 The movie is all set to premiere on Disney+ Hotstar on April 8.

Abhishek Bachchan starrer 'The Big Bull' trailer is finally here. In the movie, Bachchan is back with another spectacular role, starring as a stock market broker Hemant Shah.

The movie is loosely based on the life of Harshad Mehta. Set in the late 1980s and early 90s, the 3-minute trailer takes you to a ride with Hemant and his dream to become India's richest man and also covers Mehta famous scam of 1992.

The trailer starts with Hemant (Abhishek), in Mumbai city, who onboards a taxi as he goes to a bank where he shows some documents to the bank officer, and the time when his fake document is about to get caught, he bribes the bank employee. The footage is then followed by glimpses from his personal life and his ambitious journey to become the king.

Check out the trailer here: The Big Bull

Kookie Gulati directorial is packed with powerful dialogues, 90's car sequence and has even included romantic songs. Apart from Bachchan, The trailer also features Ileana D'cruz in the role of a journalist, who broke the scam, Nikita Dutta who plays his love interest and Sohum Shah and Ram Kapoor in pivotal roles.

The movie was earlier supposed to release in theatres on October 23, 2020, but was postponed due to the pandemic. Now Skipping theatrical release, the movie is all set to premiere on Disney+ Hotstar on April 8.

The audience is already familiar with Mehta's story told by the popular and much-acclaimed web series 'Scam 1992: The Harshad Mehta Story' by Hansal starring Pratik Gandhi in the lead role.