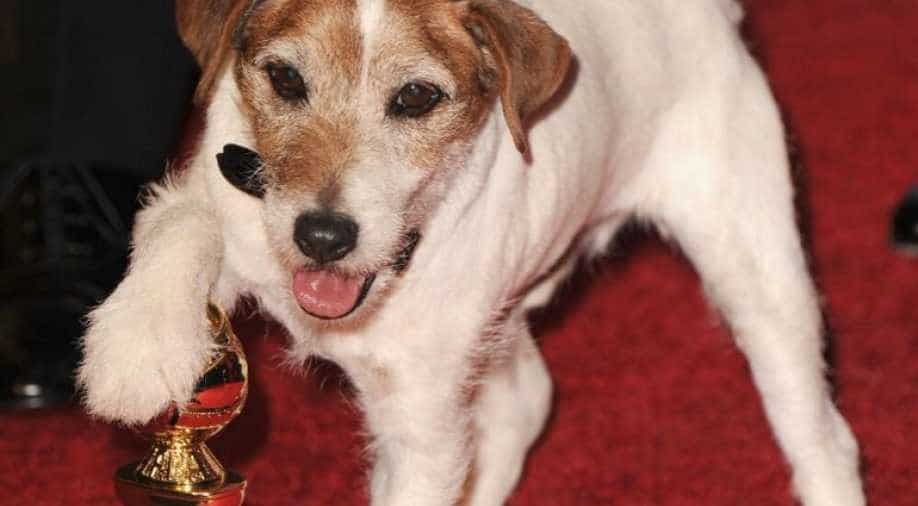 This year's Palm Dog jury, composed of leading film critics, concluded Uggie had given the ultimate big-screen performance by a dog of the last 20 years.

Uggie, the Jack Russell whose antics in Oscar-winning film 'The Artist' stole viewers hearts, was crowned Palm Dog of Palm Dogs on Friday, singled out as the best canine winner in the award's 20-year history.

"Uggie would be very proud of that," said his trainer Omar von Muller, as he accepted the trophy collar from his home in Los Angeles, flanked by Uggie`s body double in the film, Dash.

He hit the big time after starring as French actor Jean Dujardin`s cute sidekick in the black and white film, which tells of a silent star whose career dives as talking pictures take over Hollywood.

Uggie became the first dog to leave his prints beside the likes of Marilyn Monroe and Clark Gable in front of Hollywood’s Grauman's Chinese Theatre, and appeared on television chat shows as well as attending the Golden Globes and Oscar ceremonies.

Lockdown may have put paid to this year`s Cannes Film Festival, but Toby Rose, the organiser of the Palm Dog award, usually bestowed during the glamorous festival in France, was determined it should go ahead.

"It is the foremost and paw-most awards for dogs on the big screen... it has only got bigger and bigger, and when last year Quentin Tarantino sashayed into the room and took the collar with great pride and enthusiasm, then I thought that says that Palm Dog is on the map," said Rose.

Last year the Palm Dog went to Brandy, the pit bull belonging to Brad Pitt`s character Cliff Booth in Tarantino's Oscar-winning 'Once Upon a Time in Hollywood'.

This year's Palm Dog jury, composed of leading film critics, concluded Uggie had given the ultimate big-screen performance by a dog of the last 20 years.