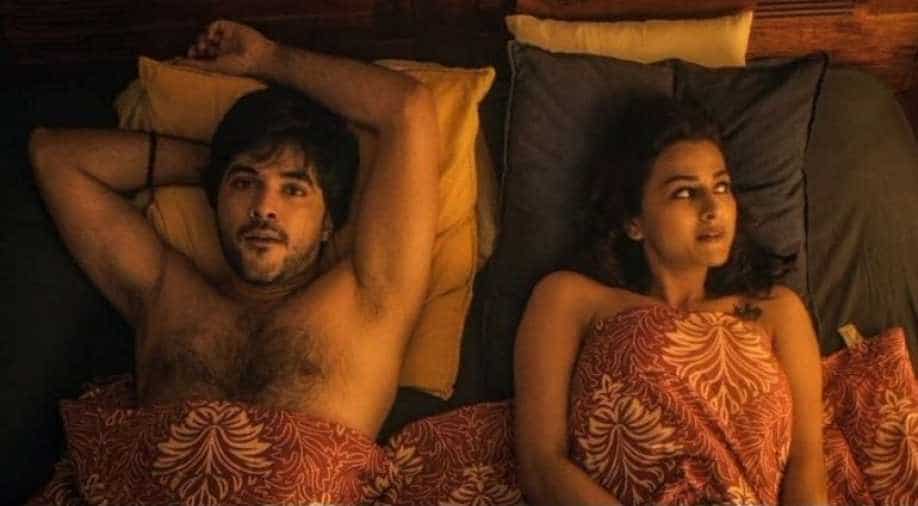 'Krishna and His Leela' is about a man called Krishna who gets sexually involved with multiple women including a girl called Radha. The film is streaming on Netflix.

Telugu film 'Krishna and his Leela', which is streaming on Netflix, has irked several viewers over its content. Many have raised objection to the film and made the hashtag boycott Netflix' is trending on Twitter.

Terming it as 'Hinuduphobic', many have stated that the show has insults Hindu religion.

We all should #BoycottNetflix as @netflix & @NetflixIndia are indulging is promoting Hinduphobic content via web series like Sacred Games, Leila, Ghoul, Delhi Crime etc.

NOW THERE WILL BE NO MORE TOLERANCE

How dare you @NetflixIndia
to create series from our money only against our own FAITH.......???

Hinduphobic @NetflixIndia series “Krishna & His Leela” is showing Krishna having sexual affairs with multiple women & one Radha. Targeting & Mocking Hinduism. Why does Indian Cinema think they can insult Hindus? Why don’t they do a series with Muhammad & Aisha? #BoycottNetflix pic.twitter.com/Ud4zXt7wvJ

Netflix are pursuing the liberal/ marxist propaganda of misrepresenting Hindu religion 😠
Netflix done it again,
Web Series called "Krishna & His Leela" showing Krishna have sexual affairs wth many women & one of them named as Radha.
Why always insult our Gods? #BoycottNetflix pic.twitter.com/RD8AI760hL

The film is about a man called Krishna who gets sexually involved with multiple women including a girl called Radha.

The film was meant for a theatrical release but owing to Covid-19, was released directly on digital. The film features Siddu Jonnalagadda, Shraddha Srinath, Seerat Kapoor and Shalini Vadnikatti in the lead roles