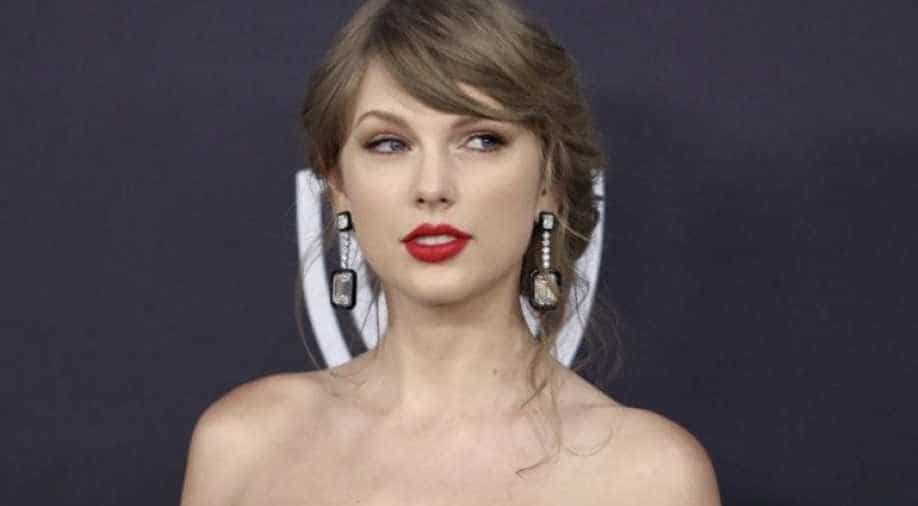 Taylor Swift has pulled out the recent re-recording of her 2008 sophomore album `Fearless` from running at Grammys and CMA Awards.

Pop star Taylor Swift has pulled out the recent re-recording of her 2008 sophomore album `Fearless` from running at Grammys and CMA Awards. Instead, a representative for Republic Records told Billboard that Swift`s newest album, 'Evermore', will be submitted to the Grammys for consideration in all eligible categories.

In a statement to Billboard, a representative for Republic Records recently said, "After careful consideration, Taylor Swift will not be submitting 'Fearless (Taylor`s Version)' in any category at this year`s upcoming Grammy and CMA Awards."

"Fearless has already won four Grammys including album of the year, as well as the CMA Award for album of the year in 2009/2010 and remains the most awarded country album of all time," the representative added.

Swift's `Folklore` -- which was released in July 2020, less than five months before `Evermore` -- recently nabbed the 31-year-old singer a history-making third album of the year win at the 2021 Grammys.

'Fearless (Taylor`s Version)` released in April earlier this year and debuted at No. 1 on the Billboard 200, over 12 years after its original version did the same, back in November 2008.

The more recent record, which features six new tracks, became her ninth album to debut at No. 1, according to Billboard.

Reacting to `Fearless (Taylor`s Version)` reaching its chart-topping status, the singer spoke with People Magazine in April and opened up about the recreation process and how she ensured that Taylor`s Version kept the same essence of its Grammy-winning original.

"In terms of production, I really wanted to stay very loyal to the initial melodies that I had thought of for these songs, and so we really did go in and try to create a `the same but better` version. We kept all the same parts that I initially dreamed up for these songs. But if there was any way that we could improve upon the sonic quality, we did," she said.